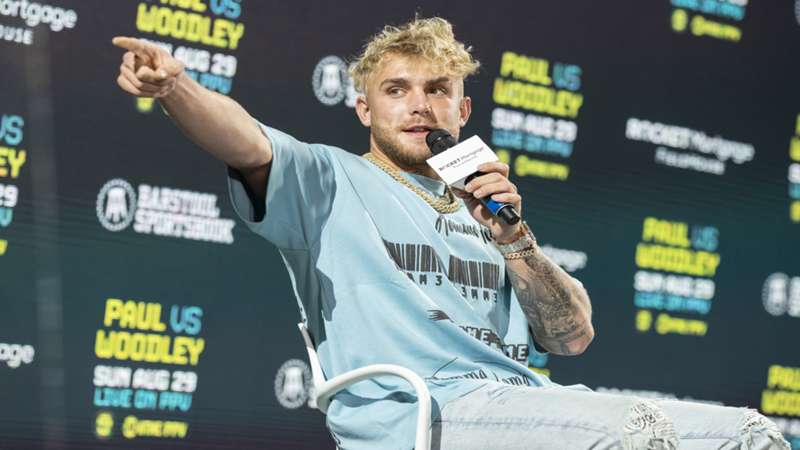 Fans can order the bout through traditional cable TV on pay-per-view.

The 39-year-old American MMA veteran is regarded as the YouTube celebrity's toughest clash yet.

However the 24-year-old internet celebrity has reportedly been hard at work in the gym, so it is not clear how the fight is likely to pan out.

Also on the card is Briton Daniel Dubois, and light heavyweight Tommy Fury - mooted as a potential future opponent for Paul - will both be making their US debuts.

Here's everything you need to know about Jake Paul vs. Tyron Woodley.

When is Jake Paul vs. Tyron Woodley? Date, Start Time

The Paul vs. Woodley card takes place on Sunday, August 29. The main card begins at 8 p.m. ET in the United States and at 1 a.m. BST in the UK. Paul and Woodley are expected to make their walks to the ring at around 10:30 p.m. ET and  3:30 a.m. BST, pending on the outcome of the earlier main card fights.

The card will take place at the Rocket Mortgage Field House in Cleveland, Ohio.