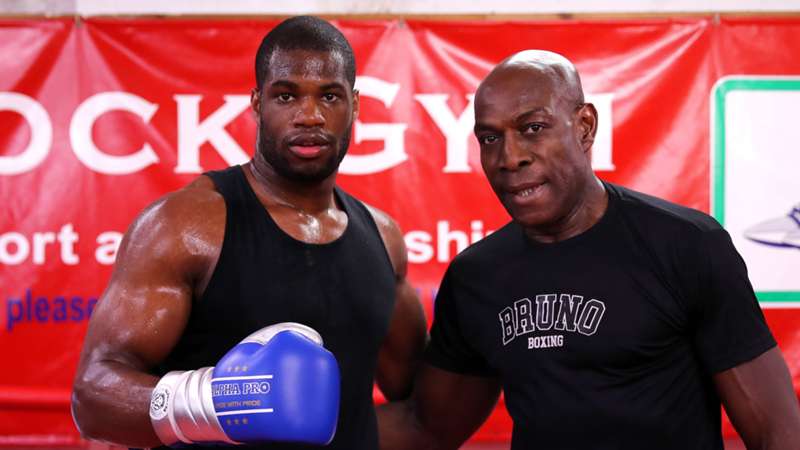 The 59-year-old had to decline for medical reasons.

The trend of having retired boxing legends return to the ring for non-competitive exhibition spectacles continues to grow, with beloved British heavyweight Frank Bruno recently admitting he was courted by both Roy Jones Jr. and James 'Bone Crusher' Smith.

Bruno was one of the most popular UK athletes of the 1980s and 1990s, with the affable slugger coming close to world title glory three times, only to fall at the last hurdle in title tilts against Tim Witherspoon, Mike Tyson and Lennox Lewis.

The Londoner finally 'won the big one' when he claimed the WBC title from Oliver McCall in 1995, but lost it in his first defence, a second fight against Tyson, and retired after that bout due to an eye injury picked up during the three-round defeat.

Bruno's only other professional loss outside of those four world title fights was his first, to Smith in 1984. Bruno told The Daily Star that he has had the teams of both Smith and Jones Jr, who participated in a well-received exhibition against Tyson last year, reach out.

“My office gets some interesting calls,” Bruno explained. "Today, do I want an exhibition match with James Bone-Crusher Smith. Two weeks ago it was Roy Jones Jr.

"I would love to fight but my eyes are not good and sadly we had to decline. I am disappointed.”

Jones continues to look for another dance partner following the success of the Tyson spectacle, while 'Iron Mike' himself is also expected to return to the ring before 2021 is out.