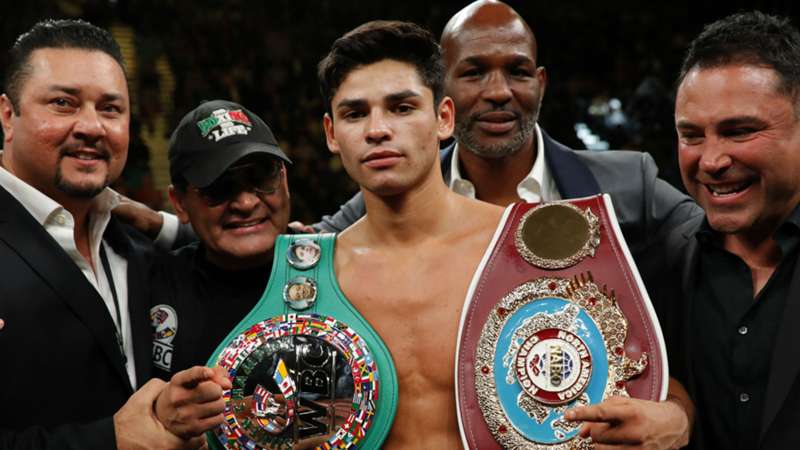 Ryan Garcia delivers in the lightweight co-main event of Canelo vs. Kovalev.

Romero Duno was supposed to be the toughest test in Ryan Garcia's career on Saturday night in the co-main event of Canelo Alvarez vs. Sergey Kovalev.

Garcia aced the exam, defeating Duno by knockout at the 1:38 mark of the first round from the MGM Grand Garden Arena in Las Vegas.

Garcia and Duno came out aggressive to begin the fight, throwing each punch with evil intentions.

Garcia (19-0, 16 KOs) landed a thudding straight right hand that went through Duno’s guard. Duno was slightly staggered. Garcia stayed composed and landed another right hand, followed by a glazing left hook to the temple to bend Duno backwards, and the fight was stopped.

The sky is the limit for the 21-year-old Garcia as he ran through Duno. What lies ahead for the young phenom? Fellow lightweight star and WBC champ Devin Haney has been calling Garcia's name as of late. All Garcia would say is that he wants better opposition.

“I just want better competition,” Garcia said. “I’m only 21, and a lot of people forget that. I’m going at my pace. Whatever I feel I’m ready for, I’ll take on. Those fights are going to be huge later on, but whatever my team says, that’s what I’ll do. I always want to listen to my team.”