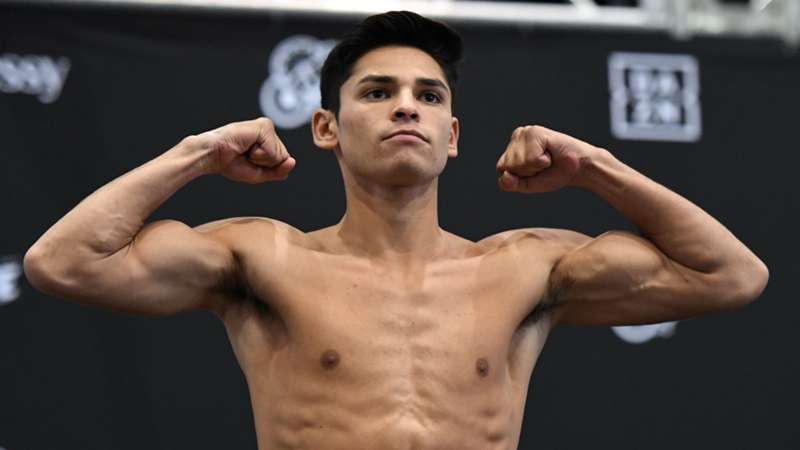 Ryan Garcia heard what Devin Haney said about his social media following and responded by saying that his bank account didn't think Haney's joke was funny.

Ryan Garcia has heard it all before.

As he prepares to face Luke Campbell for the interim WBC lightweight championship on January 2 at the American Airlines Center in Dallas, Texas, the narrative continues to surround his social media following more than his skills.

Although the 22-year-old has been turning the volume down in his naysayers with a pair of scintillating first-round knockouts against Romero Duno and Francisco Fonseca, there are still those who believe that he’s a notch beneath the elite fighters in his weight class.

And one of those individuals happens to be Devin Haney, the current WBC champion who will await the winner of Garcia-Campbell.

Prior to dispatching Gervonta Davis in November, Haney took offense to Garcia saying that a potential fight “kind of bores” him.

DAZN News spoke to Garcia about Haney’s comments and, as expected, Garcia shrugged off the jab that has been a constant during his career.

“You can make jokes all you want about Instagram followers, but my bank account doesn’t think it’s funny.”

Garcia's Instagram following dwarfs his peers. At 7.8 million and counting, the only current fighter to have a bigger following is Anthony Joshua at 11.9 million. Not even Canelo Alvarez at 7.5 million can touch Garcia's social media reach. And that reach has resulted in opportunities outside of boxing to earn income and, in turn, give boxing some much-needed mainstream exposure.

"He's just hating," Garcia continued. "If he was in my position, I promise you he wouldn’t feel the same way."

Garcia enters 2021 as part of a class of under-25 fighters who are primed to take over boxing and bring it into a new frontier. Davis, Teofimo Lopez, Devin Haney and Shakur Stevenson all turned in performances toward the end of 2020 to stake their claim as the future of boxing. But Garcia believes what he plans on doing to Campbell should push him ahead of the pack, although he doesn’t anticipate those accolades to come easily because he'll still be viewed as a social media star instead of a fighter who belongs in the pound for pound conversation.

That's okay with him, though. He'll just take it one fight at a time.

“I’m facing a legitimate fighter in my weight class who is an Olympic gold medalist,” Garcia said. "He’s not a Leo Santa Cruz who was too small. When I beat him, I should get that respect. But I probably won’t so I’ll aim to put on a clinic and destroy Luke Campbell.”