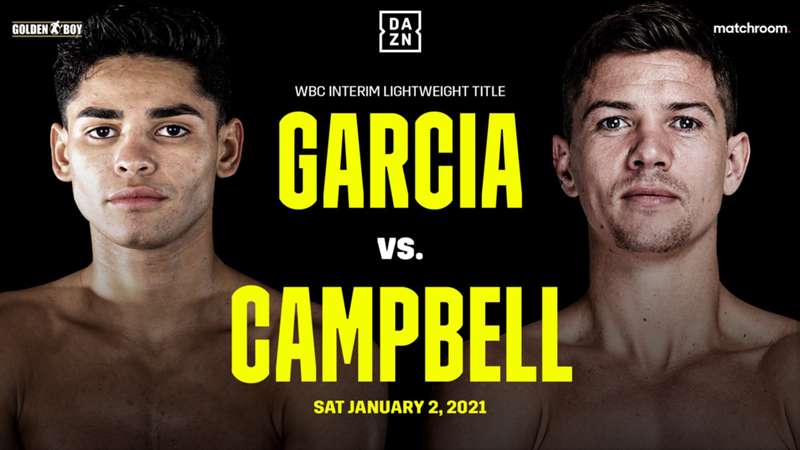 The January 2 fight between Ryan Garcia and Luke Campbell will take place at the American Airlines Center in Dallas.

Golden Boy Promotions has announced that the American Airlines Center in Dallas will hold the Ryan Garcia vs. Luke Campbell fight.

The company also confirmed that Nicaraguan twin brothers Felix and Rene Alvarado have been added to the card to defend their respective world titles. Franchon Crews-Dezurn will also feature.

The January 2 fight will be shown on DAZN globally.

Chairman and CEO of Golden Boy, Oscar De La Hoya, said:  “Boxing is a sport that reaches all corners of the map; after nearly a year at home what better way to bring in 2021 than with a card full of champions, contenders and prospects from all over the world?

“They say that everything’s bigger in Texas, so I couldn’t think of a better place to welcome the newest superstar in boxing.”

Rene Alvarado is due to fight Venezualan Roger Gutierrez for the WBA super featherweight world title.

“Despite many delays due to COVID-19, my desire to defend my world title on January 2 is much stronger than ever,” said the fighter.

“At the same time, I am happy because I now know that my brother will be with my that night in Dallas, Texas, defending his world title as well. It will be a historic night for Nicaraguan boxing to see a pair of twin brothers defending their championships at the highest levels of the sport. I will keep training hard as always, and we will do anything necessary to retain the title.”

Felix Alvarado will defend his IBF Light Flyweight World Championship against South African DeeJay Kriel in a 12-round battle.

“This year has been very difficult for the world,” said Felix Alvarado. “Personally, it’s been difficult because I haven’t been able to make my debut as an official Golden Boy fighter and defend my world title. But this January 2, I’ll have the opportunity to do so alongside my brother. This fills me with a lot of pride and joy. I hope to deliver to all a great fight to start a new year that will without a doubt be better for everyone.”

“I’m ready to become a two-time, two-division world champion after I beat Felix Alvarado,” said DeeJay Kriel. “This is my time to showcase my skills. 2020 was a difficult year for everyone, but I can’t wait to get 2021 started on the right foot. Make sure to catch the action live on DAZN!”