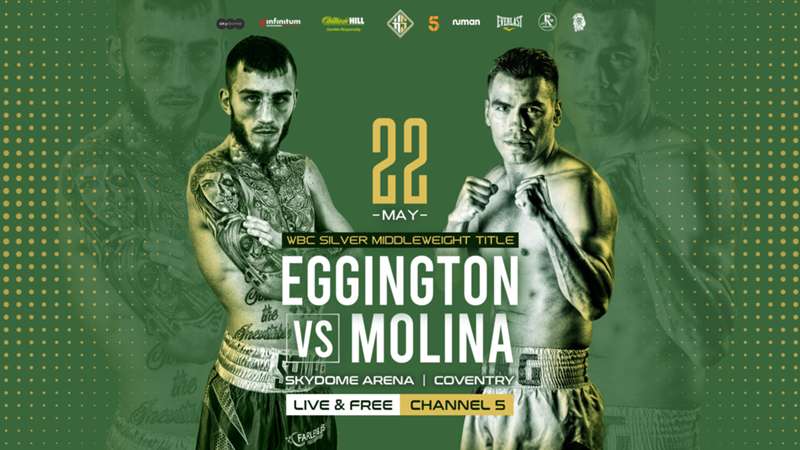 Sam Eggington has carved a reputation as a fighter who always delivers action and entertainment between the ropes, but his upcoming test against veteran Carlos Molina is a must-win if he is to knock on the door of world championships in the future.

Eggington and Ted Cheeseman helped ensure a months-long absence of live boxing due to the COVID-19 pandemic ended in mesmerising fashion in their main event at the first week of Matchroom Fight Camp. However it was Cheeseman who took the decision on the night.

The 27-year-old set about putting the right results to his performances in his very next outing, sending Ashley Theophane into retirement in authoritative fashion back in December. Now, the tenured Molina is the next name on his hitlist as he seeks to bounce back into contention.

“The plan is to stop him," Eggington said during fight week media duties. "That’s plan A, I want the stoppage without a doubt. Plan B, I’m trained and ready to go twelve with him if I need to.

"They are the two eventualities I’m prepared for. With the way I fight I can’t see this going the distance.  He comes to fight also and he’ll come straight to me so that will be perfect.

“It will be real statement to the other middleweight champions, without a doubt. You don’t get to 50 fights against the level Molina’s been in with and not get stopped for no reason. So I definitely hope to change that. I believe it sends a message to rest of division, but one things for sure it will definitely make me feel better knowing that I was the first.

"The World title is in my thoughts but the most important thought right now is that I have to beat Molina otherwise it won’t happen. Simple.”

When is Eggington vs. Molina? Date, start time

The main card should begin from around 7pm local time in the UK, while main event ringwalks are being planned for just after 10pm UK time once the live TV coverage (which as of press time will be only for Eggington and Molina's headliner) begins.

What channel/stream is Eggington vs. Molina?

In the UK, the main event airs live on Channel 5, which comes free with all television packages.

As of press time, a TV/streaming option had not yet been confirmed for United States fight fans or those in the rest of the world.

Where is the Eggington vs. Molina fight?

The card will take place at the Skydome in Coventry, England. A limited number of tickets are on sale as COVID-19 restrictions slowly ease.