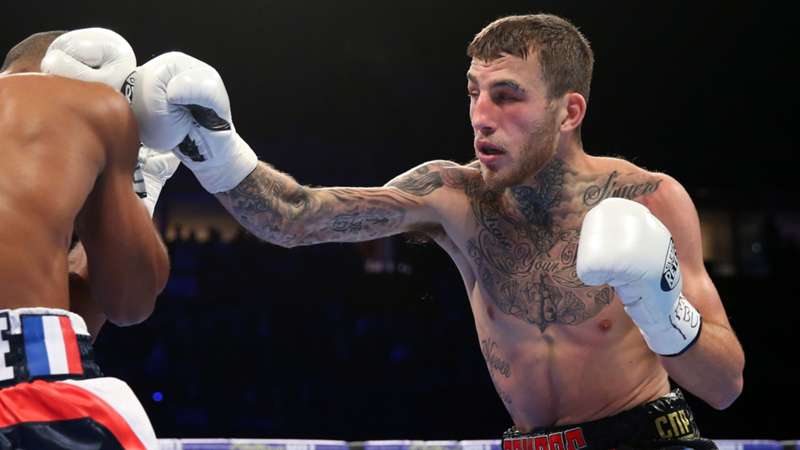 The Briton hopes to make it three consecutive fight of the years.

Sam Egginton says he will go ‘to hell and back’ as he fights Poland's unbeaten Przemyslaw Zysk this Saturday.

The pair will fight in Coventry, and the Briton hopes to make it three consecutive triumphs for the British Boxing Board of Control Fight of the Year awards.

"It's what you know. It's so much easier for me to go in there and have a war that it will shock some people," Eggington said to Sky Sports. "I enjoy what I do. If I have to go to hell and back then that's what we'll do."

"I'm always ready. I know how my fights go, so we always prepare for that."

Last September he beat Bilel Jkitou to get the nod for that bout, and lost in 2020 in a match-up against Ted Cheeseman.

"I know that my fights are going to end up in a slug-fest, a gruelling night's work. So I prepare for that. If I get in there and I throw a shot and it puts them out early then that's great. But if I don't I know that I've got to drag them there and keep them there until they give up," Eggington explained.

"When I'm in the ring, it kills me as well. I don't know if I've got another four rounds, three rounds but I'll always make it. I genuinely put that down to: I work hard constantly.

“It's not: I'm trying to avoid shots and getting pummelled from pillar to post. I'm in tight, I'm moving, I'm riding shots, I'm throwing my own punches," he said. "I do ride shots, I do take them on the shoulders and I dodge as many as I can.

"I do look like I've come out of World War Three every time but it's not because someone's dragged me there, it's because I take it there willingly.”