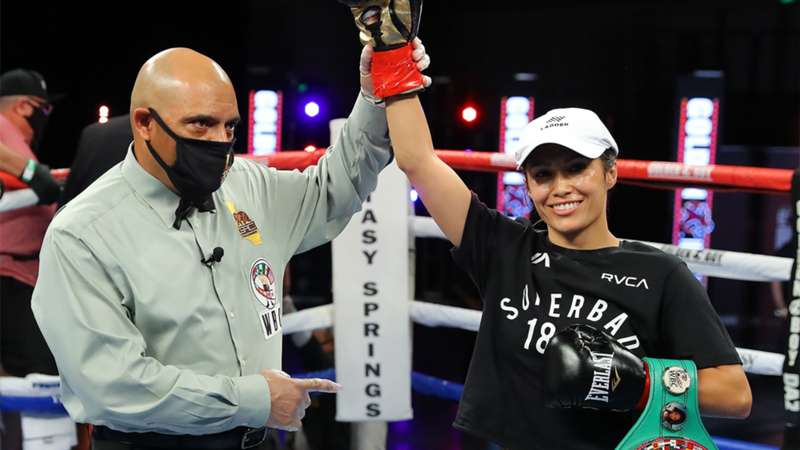 It took just seven seconds for Seniesa Estrada to finish Miranda Atkins, one of the fastest knockouts in boxing history.

Seniesa Estrada believes she should be mentioned as one of the best pound-for-pound fighters in women's boxing.

She made her case Friday with one of the fastest knockouts in boxing history when she finished Miranda Atkins in seven seconds.

Atkins was a late replacement after Estrada's original opponent, Jacky Calvo, was unable to compete. The new bout was an utter mismatch, but Estrada refused to overlook her opponent and took the fight to her immediately after the bell rang.

Estrada unleashed seven punches in those seven seconds, with a left hook rocking Atkins before a wicked two-punch combination sent her to the canvas. It was a devastating finish by Estrada, who had LeBron James and others talking about the 28-year-old's shocking knockout.

According to Guinness World Records, the fastest knockout in boxing history was in a Golden Gloves tournament at Minneapolis on Nov. 4, 1947, when Mike Collins knocked out Pat Brownson in four seconds.