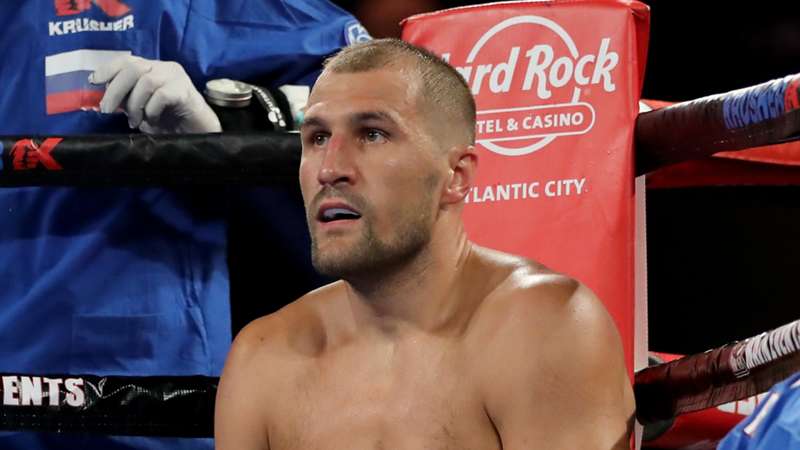 If convicted, the light heavyweight boxer faces up to four years in prison. The case is still pending.

Sergey Kovalev's assault accuser graphically explained the details of the beating the boxer allegedly gave her, and it's painful to process.

Jamie Frontz, speaking with TMZ Sports on Monday, described the alleged 2018 assault at the hands of the 36-year-old Russian boxer in Big Bear, Calif. Frontz said she was preparing to tell Kovalev to get out of her rented cabin — after denying his sexual advances — when he struck her with a closed fist.

Frontz claims the whiplash from the assault triggered a disc to herniate in her neck, causing a tingling sensation that felt like "red ants were biting me 24/7."

Frontz also claimed Kovalev's alleged assault required four major surgeries to fix. That includes needing a plate and four screws in her neck, as well as a nose reconstruction.

Kovalev was arrested and charged with felony assault for the incident. He has since entered a not-guilty plea. He faces up to four years in prison if convicted in the still-pending case.

Frontz last week claimed Kovalev wrote her a check for $250,000 in October, but hasn't paid anything since. That said, Frontz is suing Kovalev again to collect the rest of the money. According to TMZ, she claims in her lawsuit that Kovalev was guaranteed to make at least $10 million for his November fight against Saul "Canelo" Alvarez. That bout ended with Canelo delivering a resounding 11th-round KO of Kovalev.