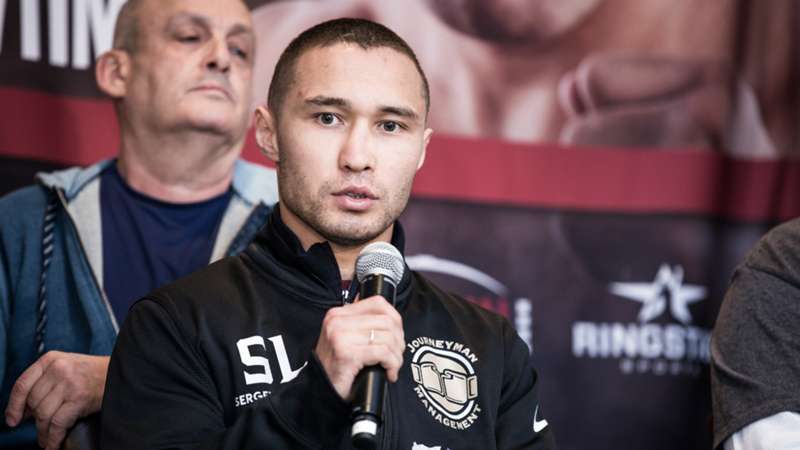 Here's everything you need to know about Lipinets vs. Clayton for the vacant IBF interim welterweight title fight Saturday night.

Now, Lipinets looks to continue to work toward a welterweight world title. The Russian fighter will face Custio Clayton with the vacant IBF welterweight interim title at stake on Saturday night. The bout will take place live from the Mohegan Sun Arena in Uncasville, Conn.

Kudratillo Abdukakhorov was originally slated to box Lipinets, but he withdrew from the bout due to visa issues. That paved the way for the undefeated Clayton to slip into this spot and vie for the interim title.

Lipinets vows that he's unfazed over the opponent change from Abdukakhorov to Clayton.

"We never missed a beat in preparation," Lipinets said, as reported by Showtime, "even with the opponent change."

Ever since suffering a unanimous decision loss to Mikey Garcia in March 2018, Lipinets has been on a tear. The 31-year-old bounced back from that loss with a majority decision over Erick Bone about five months later, before delivering TKO wins over Lamont Peterson and Jayar Inson in 2019.

“I don’t look past Clayton," Lipinets said during his Zoom media session earlier this week. "I have to win that fight and I’m 100 percent focused on him. But I do believe that I belong on the level with Errol Spence Jr. and the other elite welterweights. I think I’ve shown that my whole career. Before I can look at a fight against Spence or Danny Garcia, I have to win on Saturday.”

He'll be going up against a 33-year-old Clayton, who knocked out Diego Ramirez in January and has yet to taste defeat as a pro.

Will this be the fight that Lipinets more than establishes himself as a threat at 147 pounds, or will Clayton remain unbeaten?

Here is everything you need to know about Sergey Lipinets vs. Custio Clayton.

When is the Sergey Lipinets vs. Custio Clayton fight?

How to watch Lipinets vs. Clayton: TV channel and live stream

The Lipinets vs. Clayton fight can be seen on Showtime and Showtime.com, with a subscription. Showtime is currently $10.99 per month.

How much does Lipinets vs. Clayton cost?

Showtime subscribers will be able to watch the fight at no additional cost.

Where is the Lipinets vs. Clayton fight?

The Lipinets vs. Clayton fight will be held at the Mohegan Sun Arena in Uncasville, Conn. It was there that Jermall and Jermell Charlo successfully had their pay-per-view card last month. Neither Lipinets nor Clayton have ever fought in Connecticut. In fact, this bout will mark Clayton's first fight in the United States, as all of his other fights have been held in Canada.