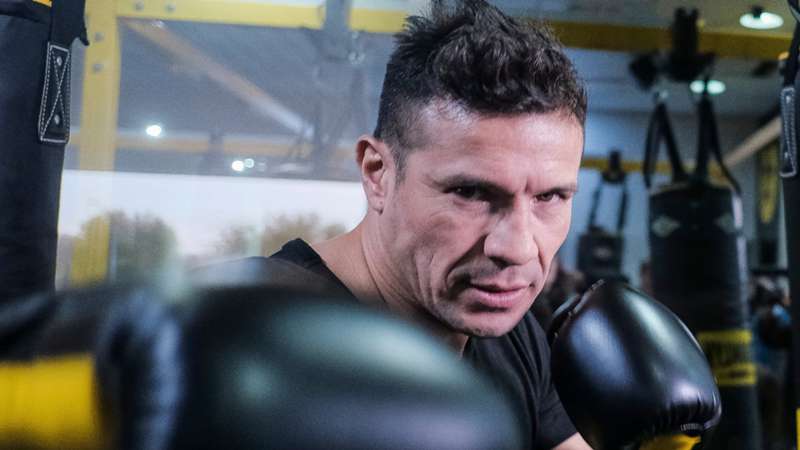 Maravilla Martinez wants to join Foreman, Hopkins and Manos de Piedra — fighters who were over 40 and crowned champions.

"Maravilla" Martinez took a break in 2014 after his defeat against Puerto Rico's Miguel Cotto, but in 2020 he decided to take a second chance to prove himself, and since that time he has three wins — two of them by knockout.

"I have assumed that I'm like a dinosaur, I've been one for many years. Since I was champion I was a dinosaur. But the stage I'm in now is really nice because it's like the last breath that boxing gives me," he said in an exclusive interview with DAZN News.

However, in what he calls "the last cartridge" the goal is clear: he wants to go for a world title.

"When they tell me no, that's when I get more motivated. They told me that there was only one [George] Foreman, when Foreman was world champion at the age of 40 or Roberto Duran. We are talking about super-historic fighters, who I admire a lot. Real extraterrestrials. And I want to test myself to see if I could become part of that little group," he revealed.

Martinez returns this Thursday against Englishman Macaulay McGowan over 10 rounds in Spain and intends to make this fight the first test of four to take before raising his hand to go for a world championship.

"There are things I can't negotiate with anymore, I have to go all out and go for the knockout and the best way to test myself is just that. If my intention is to be world champion, McGowan can't be a dangerous opponent for me, he shouldn't, in theory. I say that with all due respect. If I'm aiming for a championship, McGowan I have to go and break him in half, because I have to and my other opponents as well but if my intention is to be champion again it's part of the job and the process," he added.

"I know the dangers and the commitment it takes, I've been in boxing for a lifetime and I know I'm doing it as close to perfect as I can, although I don't think it exists at all, but I'm doing it so well in the daily work."

Martinez revealed that his plan after McGowan includes dates in May or June, then in September to close between December and January before looking at either Gennady Golovkin, Jermall Charlo or Demetrius Andrade.