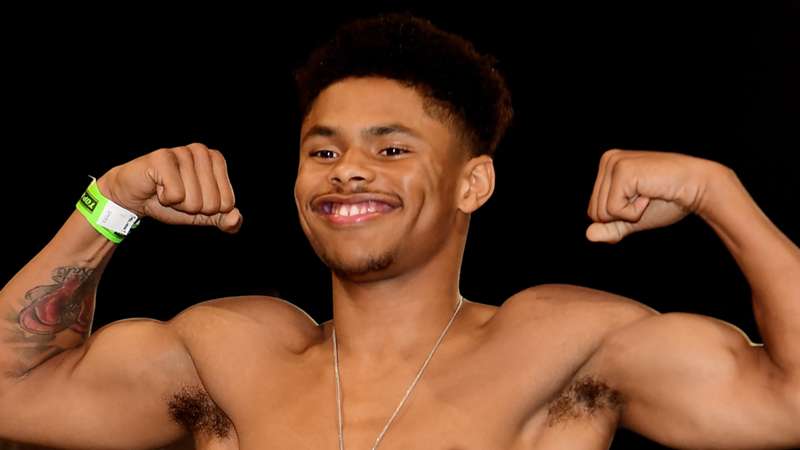 And he made it look easy.

Shakur Stevenson has referred to himself as the next Floyd Mayweather Jr., and while that remains to be seen, the 22-year-old fighter did show Saturday night that he fully understands one philosophy of the boxing legend — hit and don't get hit.

That's exactly what Stevenson did as he delivered a boxing clinic while thoroughly dominating Joet Gonzalez. Stevenson won by unanimous decision to become the new WBO world featherweight champion at the Reno-Sparks Convention Center in Reno, Nev. All three judges scored the bout 119-109 in favor of Stevenson, who fulfilled his boyhood dream of becoming a world titleholder.

There were plenty of headlines leading up to the fight about Stevenson dating Gonzalez's sister, Jajaira, and the bad blood that exists between the fighters because of that. But what was projected to be a heated battle turned into one-way traffic because of Stevenson's boxing brilliance. He masterfully brokered his space in the ring, peppering Gonzalez seemingly at will with his jab, which opened up more of his offense — all while hardly being touched on the other end.

The final punch stats said everything you needed to know about how Stevenson dominated Gonzalez. The Newark, N.J., product landed 24 percent of his punches to his opponent's 11 percent, including connecting on 43 percent of his power punches to Gonzalez's paltry 13 percent.

Before having his name announced as a world champion, Stevenson briefly went over to Gonzalez, but he and his father weren't in any mood to hear the boxer out and they exited the ring.

"If he wants to be cool, I'll be cool with him," Stevenson said during his postfight interview. "I told him he's a hell of a fighter."

He added a request to the Gonzalez family: "Please talk to your daughter and your sister."

When asked who he wants next, Stevenson didn't hesitate.

"I want (IBF champion) Josh Warrington," Stevenson said. "I'm a champion, you're a champion. You said you weren't going to fight me unless I got a title. I got a title now. Let's work. I want to be unified in 14 fights."