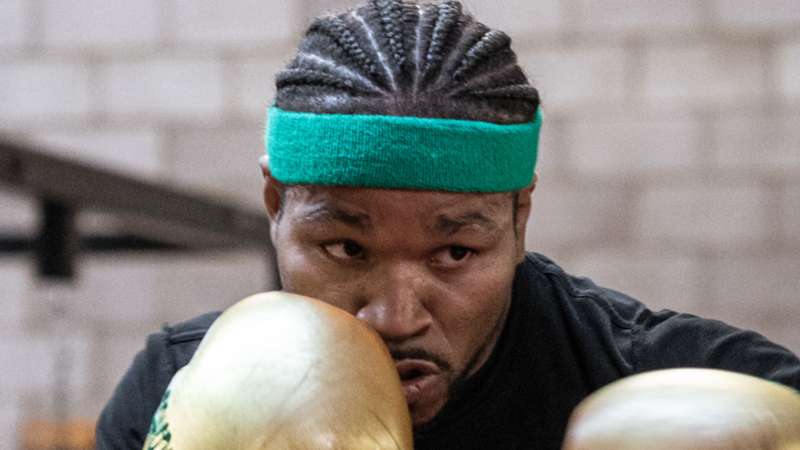 The last time boxing fans saw Shawn Porter in action, he lost a narrow split decision to Errol Spence Jr. in a thriller. Despite the defeat, Porter reinforced that he's a tough out.

Now, the former WBC world welterweight champion returns to action, as he faces Sebastian Formella live from the Microsoft Theater in Los Angeles on Saturday night. The bout will be a WBC/IBF welterweight title eliminator, meaning Porter will be watching the unified champ Spence vs. Danny Garcia on Nov. 21 intently if he could get past Formella first.

"The welterweight division, I think, is the most loaded division in terms of competition in boxing and I think that right now anybody could be a champion at any time," Porter said on PBC on FOX earlier this month. "So, I'm just looking forward to jumping back in there."

"Right now anybody can be a champion at any time." 💯@ShowtimeShawnP breaks down the loaded Welterweight division pic.twitter.com/3AhMlEkodn

The 32-year-old Porter has produced wins over the likes of Garcia, Yordenis Ugas, Andre Berto and Adrien Broner to name a few, counting three losses on his ledger — to Spence, Keith Thurman and Kell Brook all on judges' scorecards.

He'll be facing an undefeated Formella, of Lauenburg, Germany, who will be making his U.S. debut.

"I have always said that I wanted to compete against the best, and now I have that chance on Saturday, August 22," Formella said in a press release statement. "Even though the experts may think I'm the underdog, I have trained hard for this fight and will give everything I have in the ring."

Will Porter bounce back into the win column and contest the winner of Spence-Garcia, or will Formella pull off the major upset and make a name for himself in the process?

Here's everything you need to know about the Shawn Porter vs. Sebastian Formella card.

The Porter vs. Formella card will begin at 8 p.m. ET.

Three additional bouts will be broadcast live on FS1 beginning at 10 p.m. ET.

How to watch Porter vs. Formella: TV, live stream

The Porter vs. Formella fight will air live on FOX, meaning the fight can be watched for free. The bout can also be live-streamed on the FOX Sports app.

Where is the Porter vs. Formella fight?

This will mark "Showtime" Shawn Porter's first time fighting at the Microsoft Theater in Los Angeles, but his third consecutive bout in California. His dramatic split-decision loss to Spence took place at Staples Center last fall. As aforementioned, this marks Formella's U.S. debut, as 21 of his 22 pro bouts have taken place in his native Germany. The other one was fought in Sweden.