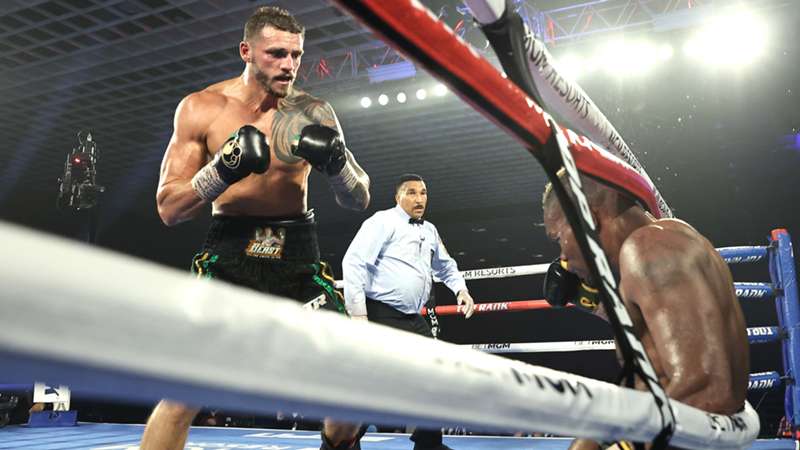 The vacant WBO light heavyweight title fight is off.

COVID-19 has struck again as Top Rank announced on Thursday afternoon that the vacant WBO light heavyweight title fight between Joe Smith Jr. and Maxim Vlasov is postponed due to Vlasov testing positive for the coronavirus.

It is unknown when the fight will be rescheduled. Slotted into the main event is former IBF lightweight champion Richard Commey taking on Jackson Marinez.

Vlasov is disappointed that he tested positive but vowed to be back and face Smith for the WBO belt.

"I am devastated with the postponement of my world title fight against Joe Smith Jr, Vlasov said in a statement.

"I have been following strict protocols, I have done regular testing with negative results, and I have no symptoms. I am well prepared and had an excellent training camp. I look forward to the rescheduling of the fight and the opportunity to display my world class skills."

The 31-year-old Smith is most known for sending Bernard Hopkins through the ropes and into retirement in December 2016. Smith challenged for the WBA title but came off second best against Dmitry Bivol, losing via unanimous decision in March 2019. He is the fresher of the two after fighting twice in 2020, beating Jesse Hart in January before he plowed past through former light heavyweight titlist Eleider Alvarez via ninth-round TKO in August.

Vlasov, 34, is perhaps best known for his exploits at cruiserweight but has dropped down a weight to chase his first world title. The Smith fight was set to be his first match-up since November 2019, when he beat Emmanuel Martey via unanimous decision.