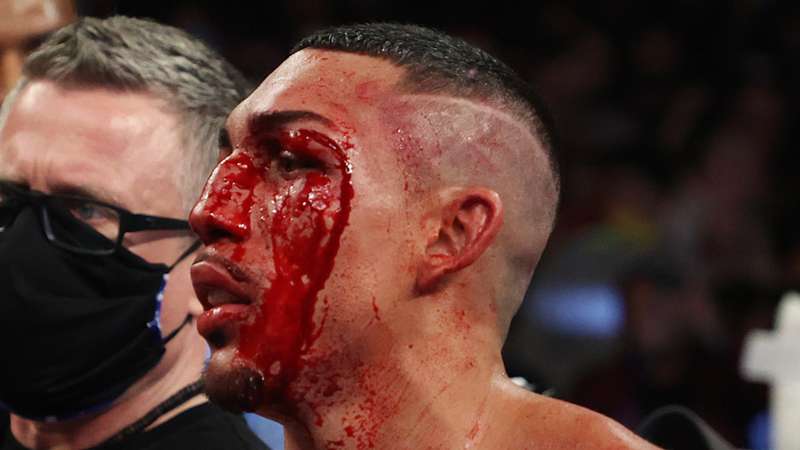 The former lightweight champion is looking to establish himself at a new weight class.

The former unified lightweight champion moved up to 140lbs after struggling in a defeat to George Kambosos Jr. in November last year.

Lopez had been one of the biggest names of the lightweight division after beating Ukrainian Vasyl Lomachenko, but the defeat has him now lining up Pedro Campa this Saturday.

"It's already happening and I haven't even fought yet," Lopez told Sky Sports about the build-up to his division deubt. "That's what The Takeover is all about."I think people are sensing my energy, they're feeling the presence and come Saturday night we're going to let it be known again against all odds that we're here to stay forever, I'm not a one-hit wonder.

"You guys have yet to see the best version of Teofimo. If you guys thought Lomachenko was my best version, that was nothing, that was probably 50 percent of what I'm capable of doing."

He continued: "This is definitely a treat for everyone, you guys are going to see whether this will be the last of Teofimo Lopez or just the beginning. I'm all about performing for everybody."

"This is all about getting this guy [Campa] out the way, I'm somebody that if I say something I'm definitely going to go out there and do it. It's just about improving, seeing how these guys do.

"The 140 division is going to be one of the hottest divisions to come in the next few years. All these guys at 135 are going to come up because that's where everything is at now.

"Wherever Teofimo goes everybody goes."

Of fighting a bigger name next, he said he would be content to fight in the UK.

"I don't care who it is. It could be Ryan Garcia, Taylor, Catterall, I don't care, I want to be at the O2 Arena. I know I have so much love over there and I just need to be over there and embrace that environment and enjoy the energy because you guys are diehard boxing fans."