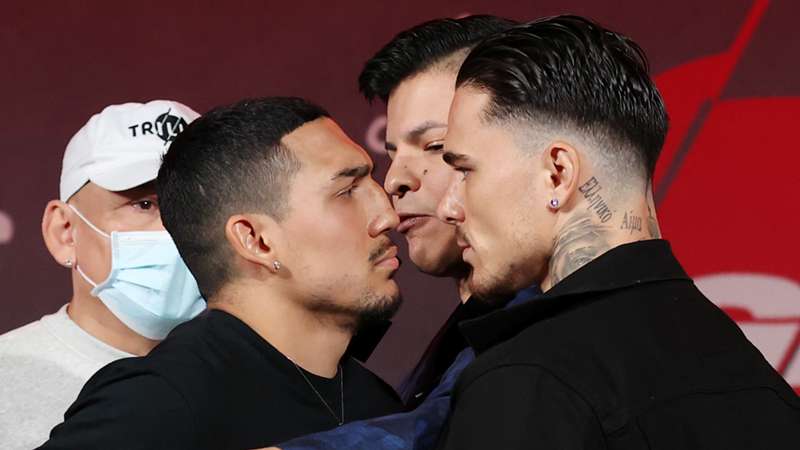 It is appearing for the third time the unified lightweight championship showdown has been scrapped.

Teofimo Lopez's defence of the WBA, WBO and IBF lightweight titles, as well as the "Franchise" WBC belt, against George Kambosos on August 14 is likely to be postponed with the defending champion still feeling the effects of symptomatic COVID-19, Triller founder Ryan Kavanaugh has confirmed to DAZN after The Ring's initial report that the 14th was off.

“Teo is still very ill and COVID-positive," the Triller chief said via text to DAZN. "It's a fluid situation.”

The bout, won via purse bids by Triller with a huge offer in the region of $6 million, was moved from June 5 to June 19 shortly after Floyd Mayweather's exhibition against Logan Paul was set for Miami on the 6th of that month. Then, days before the rescheduled contest, Lopez was forced to withdraw due to the virus.

In a recent interview with DAZN, Kavanaugh admitted the third announced date of Aug. 14 hinged entirely on whether Lopez could make a quick recovery from an illness that has taken a much longer toll on several boxers, including recently-retired heavyweight Alexander Povetkin.

In his interview with DAZN a week ago, Kavanaugh admitted that finding a fourth date for the battle between the exciting and unbeaten young talents will not be easy, if August proved too soon for the champ.

"We are keeping all options open," he said in the piece. "I'd say October 2 is where we would go if we realize he's not going to be ready for August 14 because he already said he would fight on that day, and George is supposed to have his baby at the end of September. I think that's realistic that week or the week after."