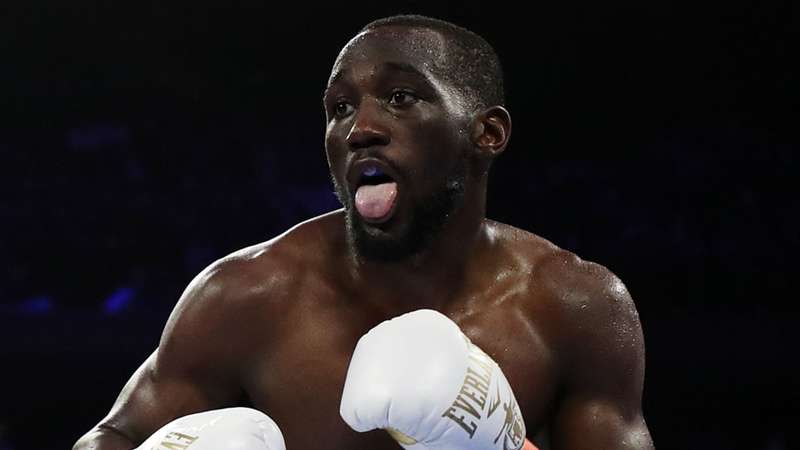 Crawford explains why that would be a "lose-lose situation" for him.

But any thoughts of the highly anticipated clash were temporarily derailed when Spence suffered a horrific one-car crash in October.

On DAZN's Boxing with Chris Mannix podcast, Crawford said he spoke with Spence and told him that when he does step back into the ring to not even think about selecting him as his first opponent back, as he won't accept the offer.

"(Spence) said he's going right into a fight with Danny Garcia, (Manny) Pacquiao, me," Crawford told Mannix. "I told him 'Don't come back trying to fight me because that ain't the fight you really want on your first fight to come back.' I wouldn't even take that fight if it was offered to me because it's a lose-lose situation for me.

"If something was to happen and I knocked him out or beat him up bad, they (media and fans) would say 'He's not the same Errol Spence, he's coming off a car accident,' and that would never end for my whole career," he added. "I just want to see him at the old Errol Spence that he used to be, and then me and him are going to fight."

Earlier this year, the biggest matchup to take place in boxing was Tyson Fury stopping Deontay Wilder in February to become the WBC heavyweight champion. Before that bout, Crawford felt that a clash between he and Spence and not Fury-Wilder 2 was the fight on the minds of boxing fans.

"You got to think the two biggest fights in boxing right now before 'AJ' (Anthony Joshua) got the loss (to Andy Ruiz Jr.) were Deontay Wilder against Anthony Joshua and Terence Crawford vs. Errol Spence," Crawford said. "Those were the two biggest fights to be made. Not taking anything away from Wilder and Fury, I feel like Spence-Crawford was a way bigger fight than Fury-Wilder. That's just in my opinion."

When it comes down to them fighting, Crawford admits they've jabbed each other on who will win. Crawford insists it's he who will put a beating on Spence to become a three-belt titleholder at 147 pounds.

"I truly feel when we fight, I'm going to f— him up,"  Crawford said. "He feels the same way. That's why it makes for a great fight. You got the top two welterweights in the division telling the media that they are going to f— each one up.

"Let's see who's telling the truth at the end of the day."