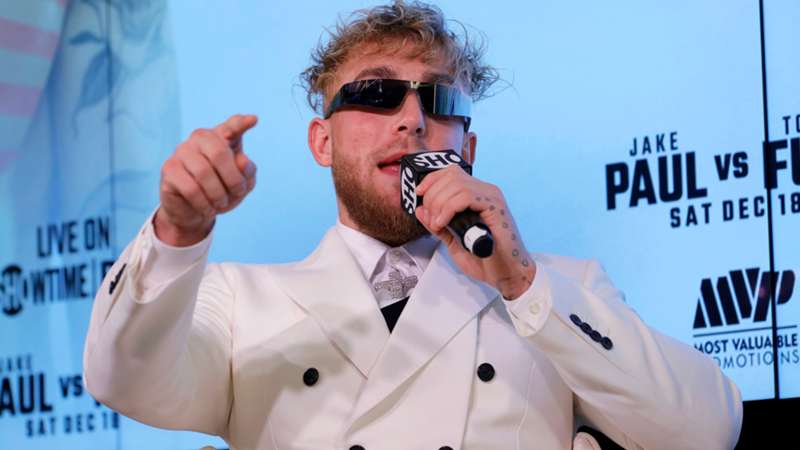 In his latest column, Tony Bellew gives his thoughts on Jake Paul's trainer claiming the YouTuber can be a force at 175lbs.

It was interesting to hear the thoughts of Jake Paul’s trainer earlier this week when he said he believes that his fighter can become a top ten light-heavyweight. Danny Smith has a huge job on his hands getting a novice fighter to that level, and although I admire their efforts and belief, I just don’t know why they’re setting their sights so high.

Boxing is the hardest sport of all and to compete at the highest level, the platform Jake Paul is looking at, you need to pretty much have it all and sometimes that isn't even enough. I turned pro with multiple amateur titles and plenty of international experience, I had to fail at world level a couple of times before I finally became world champion in 2016. The sacrifice involved was incredible.

Jake Paul has got a head start in boxing because of his popularity but the day will come when he faces a proper test. Fighting on a big TV network in front of big crowds is what young boxers dream of, and although Jake Paul has that box ticked, fulfilling another fighter’s wish, the desire to become a champion, there’s only way he can do that and that’s to face a real test.

For it to be suggested that Jake Paul will be a top ten fighter at some stage in his career means that he’ll easily move past British and European level, and from what I’ve seen so far, that’s just not possible. Craig Richards likely sits on the outside of the world’s top ten, and he’d absolutely brutalise Jake Paul if they were ever to meet one on one.

Look at other fighters in the British top ten who Jake Paul would struggle with. Callum Johnson, Dan Azeez, and Lyndon Arthur would all have fun with him. Thomas Whittaker-Hart, one of the fighters I manage, has only had seven fights and I can be certain that Jake Paul wouldn’t make it to the third round against him. Being British level is such a big achievement.

If I was looking after Jake Paul’s career, then I’d just focus on making the right fights for him where he can continue to improve and just see how far he could go. His record so far is filled with opponents from other sports so it’s basically impossible to know where he is now and that can be hard for those looking after him.

It’s looking like his next fight is Tommy Fury, and that’s a fight that can answer questions that have been posed regarding Jake Paul’s ability. Fury is not a world beater, but he’s been around the sport a long time and he has professional experience. He’s a live rival for Jake Paul and would represent a decent step up. After this fight, we’d know a lot more.

If Jake Paul is in boxing for the long haul, then he should just concentrate on the next fight in front of him and always try to step up a little bit each time. If he can progress like that and take part in good, competitive fights along the way then good luck to him but talk of fighting some of the best fighters the sport has to offer is dangerous and the consequences of facing those names could be felt for a long time.