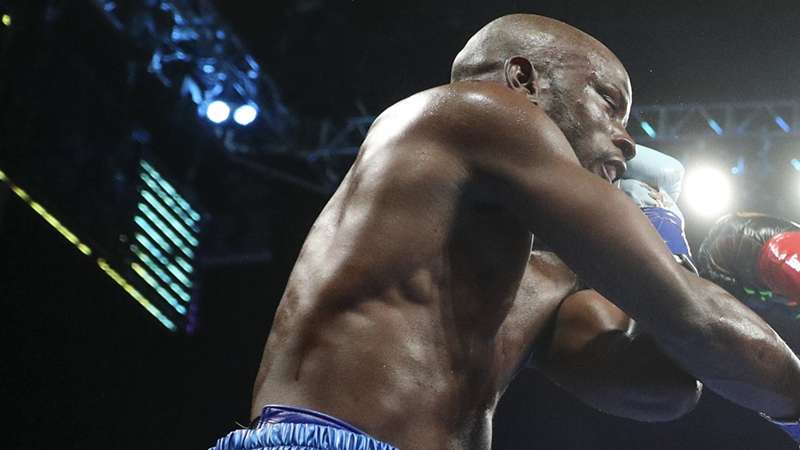 The junior middleweight division has slowly become of the must-watch divisions in all of boxing.

Leading the charge is three-belt titleholder Jermell Charlo along with WBO titlist Brian Castano, Julian "J-Rock" Williams, former champions Jarrett Hurd, Jeison Rosario and Tony Harrison. In addition, former two-division champion Danny Garcia has recently said that he will be making the journey up to 154 pounds. Charlo and Castano are expected to lock horns to crown an undisputed champion some time in the summer. Who could be the first challenger for the winner?

Harrison gets the first opportunity to make an impression as he faces off with Bryant Perrella on Saturday from the Shrine Auditorium and Expo Hall in Los Angeles. The former WBC champion returns to action for the first time since losing the belt in the December 2019 rematch to Charlo. A dominant win puts Harrison in prime position for the opportunity. The Detroit native feels as though he'll get a chance to become a two-time titleholder at 154 if Castano wins but if Charlo wins, there's no chance whatsoever.

"I think Charlo stays as far away from me as possible," Harrison told DAZN News. "I think it'd be harder for him to keep all them belts then probably would have been to get them. I think he stays away from me. I think I got a better chance fighting Castano. I think if Charlo wins, he picks exactly who he wants to fight and keep those belts as long as possible. Even with doing that, there'll be a fight and you still got to be able to battle each and every time out. Some of them guys you don't even know nothing about. I definitely have a greater chance fighting Castano. If Castano wins, I think there’s a great chance of fighting me. There’s no talk about even me being a candidate for fighting Charlo."

Harrison and Charlo first met in December 2018 with the former pulling off the upset to win the WBC belt. Charlo rebounded one year via 11th-round TKO to reclaim the gold in a back-and-forth bout that some felt Harrison was ahead on the scorecards when the stoppage occured. Harrison felt a bad weight cut heading into the sequel cost him as he starved himself just to make weight and not lose the championship on the scale. Harrison is of the mindset that his two performances with Charlo are the reason the unified 154-pound champion is going to stay as far away from him as humanly possible.

"I’m tough," Harrison said. "I showed that twice (with Charlo). The first time I showed how good I can box. Then I showed the second time how good I can make you box. I just think with those abilities in and where I can talk some shit, I'm really the complete package to rain on his dominance in the sport. I think that is his kryptonite. I'm a tough fight and I'm going to talk about anybody. He understands that. I'm only going to get better. I'm better adapted and I'm only going get better. I think he has one way that he does things but I'm a completed fighter and I’ll figure it out."