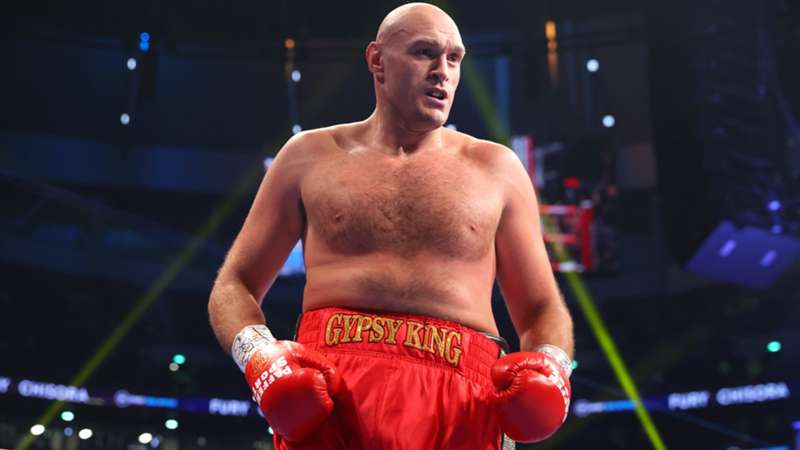 The two heavyweight champions faced off on the ring apron at the Tottenham Hotspur Stadium.

Usyk was ringside at the Tottenham Hotspur Stadium where Fury produced a brutal beatdown of domestic rival Derek Chisora in their trilogy fight which was stopped in round 10.

Following the fight, Fury called out Usyk who then stepped onto the ring apron to engage in an intense head-to-head.

"I'm going to write you off, I've done one Ukrainian in Klitschko and I'll do you as well gappy teeth."