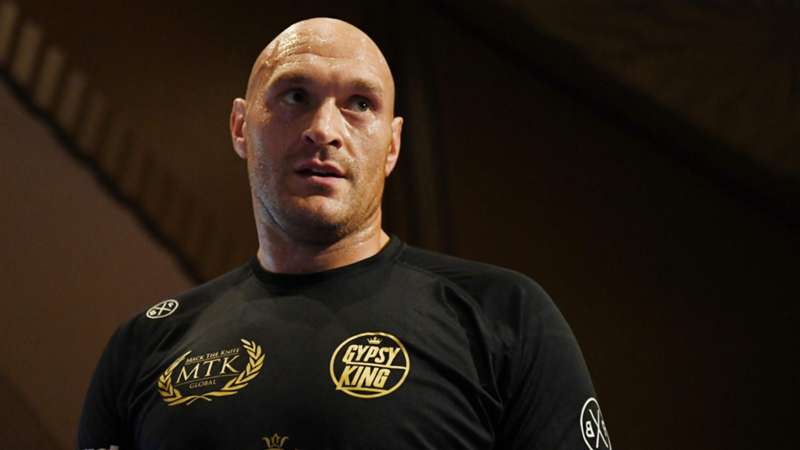 Tyson Fury’s battle with depression and subsequent advocacy for mental health awareness have both been well documented.

During a recent sitdown interview with DAZN’s Ak & Barak, the “Gypsy King” and lineal world heavyweight champion detailed just how dark his depression, which was fueled by alcohol and drug use, got for him, and opened up about his suicide attempt.

“When I was on the verge of suicide and I was attempting suicide, I didn’t realize what damage I would have caused to my family,” Fury said during the interview about his downward spiral, which lasted roughly three years before his return to boxing in 2018. “It never crossed my mind because when you’re in those dark, dark places, you don’t care about anything or anybody. And until you get back out into the light, you realize what damage you would have caused.

“I’m always honest when it comes to mental health,” he continued. “I like to give it my truth across. I didn’t think I was ever going to get back right again. I thought I’d end up in a padded room somewhere — that’s how bad it got.

“There wasn’t a day that went by that I didn’t pray to God to kill me,” he added. “I suppose I’ve suffered my whole life with depression and anxiety, but I never knew what it was because I was uneducated on the matter and I just thought it was a feeling I had.”

The final straw for Fury came when he slid behind the wheel of his sports car and went up to “about 190 miles per hour,” as he planned to hit a bridge and end his life.

But something unexpected happened next.

“I heard a voice speak to me and it said, ‘Tyson don’t do this. This is not for you. You’re going to destroy your full family’s lives,’” Fury revealed.

So, he pulled the car over instead. In retrospect, Fury says he isn't sure what spoke to him in that moment, but he knew he needed change.

Although he sought out a therapist, Fury says it took him staring at himself in the mirror — in excess of 400 pounds at that point and frightened about a heart attack or stroke — and checking himself into a hospital.

He says his best piece of advice for someone going through a similar plight is to "go and get medical help immediately."

Part of Fury’s comeback trail was doing what he hadn’t done in roughly three years — his boxing training.

That put Fury back on the right path and into a positive mental health state, as he returned to the ring in 2018, defeating Sefer Seferi and Francesco Pianeta before fighting WBC champion Deontay Wilder to a thrilling split draw in December.

You can watch Fury give his full detailed account of his mental health struggles and advocacy in the first installment of his interview with Ak & Barak on "Sweet Scientists." In that interview, Fury also describes the meeting with Wilder that led to their bout last December. The second part of the interview, which is slated for release this week on DAZN, has Fury discussing the highly anticipated rematch between Andy Ruiz Jr. and Anthony Joshua, and sharing his thoughts on Dillian Whyte.