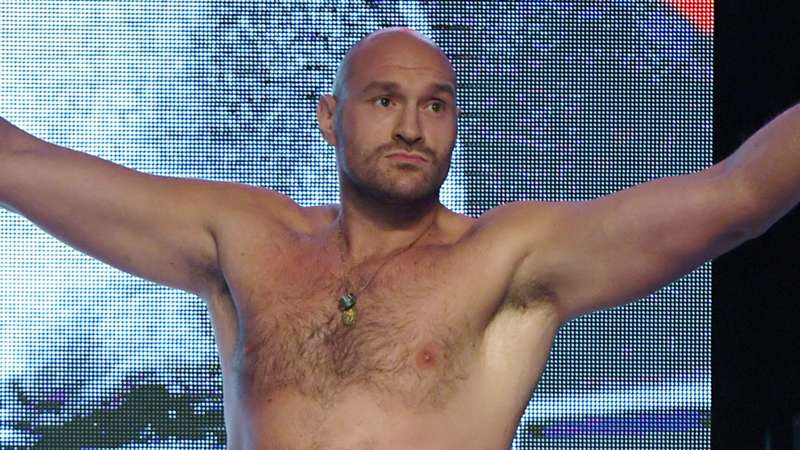 Tyson Fury is already looking ahead to the future.

Tyson Fury returns for the second time in 2019 on Saturday, Sept. 14 in Las Vegas against Otto Wallin. If Fury can get past the Swede, he is scheduled to rematch WBC heavyweight titlist Deontay Wilder on Feb. 22 as long as Wilder gets past Luis Ortiz this fall.

Fury believes he'll be able to get by Wilder because he did enough to warrant the victory in their first meeting. The lineal heavyweight champion believes Wilder is his toughest challenge in the division and would easily be able to dispatch everyone else, but there is someone who he views as a threat.

Usyk (16-0, 12 KOs), regarded as one of boxing's top pound-for-pound fighters, makes his highly anticipated debut at heavyweight on Saturday, Oct. 12 in Chicago against Tyrone Spong. He had been scheduled to face former heavyweight title challenger Carlos Takam on May 25. But Usyk suffered a bicep injury and pulled out of the fight. The bout wound up not being rescheduled as Takam decided to go in a different direction.

“He’s an awkward-looking guy, southpaw, a unified [undisputed cruiserweight] world champion, an undefeated world champion." Fury said. "So maybe he can be next, toughest challenge.”

Before Usyk decided to move up a weight, he won the World Boxing Super Series by defeating Marco Huck, Mairis Briedis and Murat Gassiev in their respective home countries to become the undisputed cruiserweight champion in 2018. His last bout in the division was an eight-round knockout of Tony Bellew in November in Bellew's native England.

A Usyk win over Spong makes the mandatory No. 1 contender for WBO title and to face the winner of the Dec. 7 rematch in Saudi Arabia between Andy Ruiz Jr. and Anthony Joshua, live on DAZN.