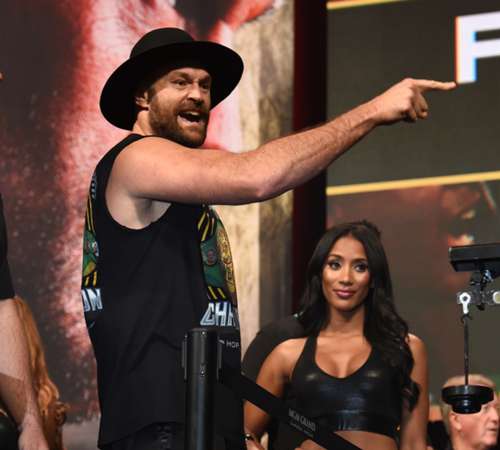 The WBC champion does not want to wait too long to get back in the ring.

Tyson Fury’s next opponent will probably be Andy Ruiz Jr. or Robert Helenius, according to his co-promoter, Bob Arum.

Top Rank’s Arum was speaking to IFL TV about the options for the WBC champion, with Fury’s other promoter, Frank Warren, previously explaining that a non-title fight before Dillian Whyte’s mandatory challenge is considered.

Whyte and Fury are at odds over the purse split and Fury does not want another extended period out of the ring, so his team have been looking at options to get him back in the ring this March, while not risking his belt ahead of any fight with the WBC’s interim champion.

"Frank Warren and I are looking for another opponent to do Fury's fight in Manchester or Las Vegas, depending on who the opponent is," Arum said.

"So we're looking at Andy Ruiz as a possibility, he's available. This big Finnish kid, who looked very good on the Fury vs Wilder 3 card, Helenius,

"Those are the two principal guys. I guess if it's Helenius we do it in the UK and if it was Ruiz, we do the fight in Las Vegas.

"Fury has endured himself so much to the American fanbase, this Christmas I was up in Aspen and everyone was talking about Tyson Fury and what a character is.”

Fury, Anthony Joshua and Oleksandr Usyk are yet to shake out who will contest a potential undisputed clash in late 2022.