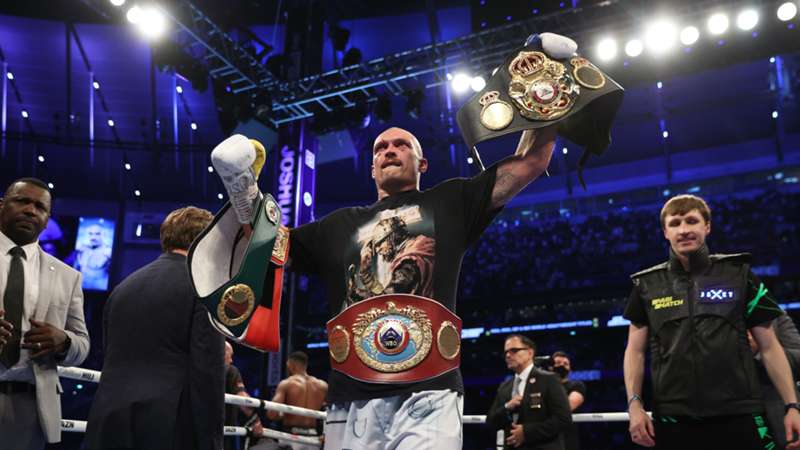 The WBC champion has had his say on this summer's huge fight.

Oleksandr Usyk will be ‘too cute’ for Anthony Joshua when the heavyweight rivals collide for a second time on August 20 in Saudi Arabia.

That’s the verdict of Tyson Fury, a figure likely to be a keen spectator in two months' time when three of the four heavyweight belts, currently held by Usyk, will be on the line.

Fury, the current WBC champion, has maintained in repeated interviews that he is still retired following his one-sided win against Dillian Whyte back in April.

Many within the boxing community believe Fury would be tempted out of inactivity against the winner of Usyk vs. Joshua, and the unbeaten fighter believes it will be the Ukranian who will emerge victorious.

“In heavyweight boxing, it only takes one punch," said Fury when speaking to Gareth A Davies.

"It wasn’t a complete landslide last time, Usyk had a lot of marks on his face, he was cut up. He’s not hard to hit, Usyk, he’s right there in front of you. So, Joshua can obviously land a big punch, but I just think that Usyk’s too cute for him. Too smart, too quick, and a southpaw.

“I think that Robert Garcia trying to train him to be on the front foot or whatever and be aggressive will only enable Usyk to land more often. I just don’t see it, but then again, what do I know? Nothing about boxing. I’m heavyweight champion of the world, undefeated all that stuff.”