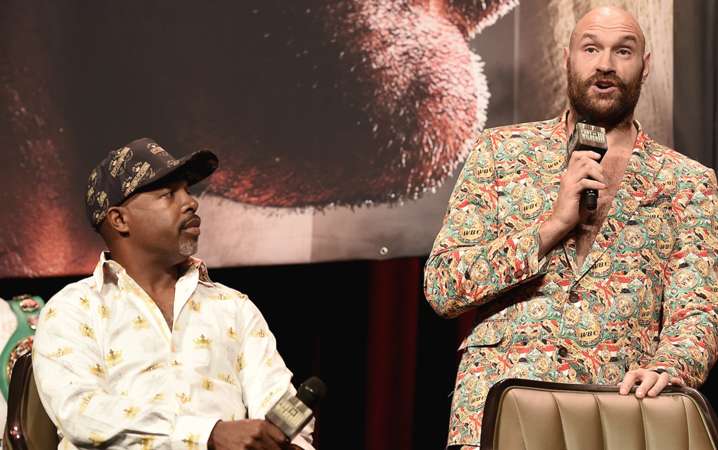 Watch live fights on DAZN EXPLORE OTHER EVENTS ON DAZN

Dillian Whyte is set to face the winner of Fury vs. Wilder 3.

WBC world heavyweight champion Tyson Fury has distanced himself from a fight with mandatory challenger Dillian Whyte if he beats Deontay Wilder on October 9.

The WBC has stated that the winner of Saturday's trilogy fight must face either Whyte or his opponent Otto Wallin, who Fury has previously beaten, following their clash on October 30.

When asked about facing a mandatory challenger in his next fight if he defends the WBC belt successfully, Fury didn't seem too interested when speaking to Boxing News 24.

"That’s something I’ve not been told or am even interested in right now," Fury said.

"I’ve got Deontay Wilder to deal with first, and then we’ll sit down and make a decision on what’s next."

If Fury does indeed choose not face his mandatory, he will be forced to vacate the world title belt which could prove to be a bitter pill to swallow for arguably the world's best heavyweight.