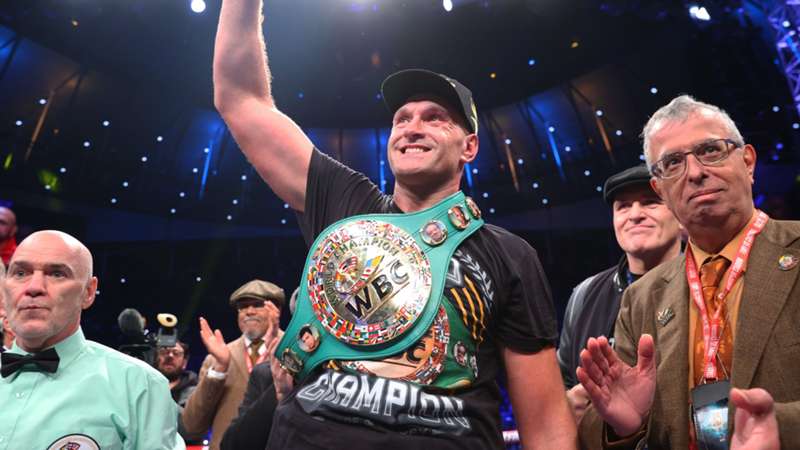 Could this jeopardise an undisputed fight with Oleksandr Usyk?

WBC world heavyweight champion Tyson Fury has revealed that he sustained a right elbow injury during his win over Derek Chisora on Saturday night.

Fury was dominant in a fight which had to be stopped in round 10 by referee Victor Loughlin at the Tottenham Hotspur Stadium which has set-up a potential undisputed clash with WBA, WBO and IBF champion Oleksandr Usyk.

This fight was scheduled to be made for early 2023, but this could now be delayed due to Fury's elbow injury.

‼️ Tyson Fury has revealed that he's been suffering with an injury and intends to have surgery on his right elbow before any potential undisputed fight with Oleksandr Usyk next year. [@ESPN]

Speaking to ESPN after the fight, Fury expects to have a six to eight week rest period following the surgery which could push back a date with Usyk.

"I've got some elbow problems, I may have to have surgery on my right elbow," Fury said.

"I had the left done back in October after the third Wilder fight, so I've got to have it done.

"It'll take about six to eight weeks to heal."

Before Saturday's fight with Chisora, Usyk's promoter Alexander Krassyuk revealed February or March would be the preferred timeslot for this fight, but there may now have to be some flexibility as a result of Fury's injury.