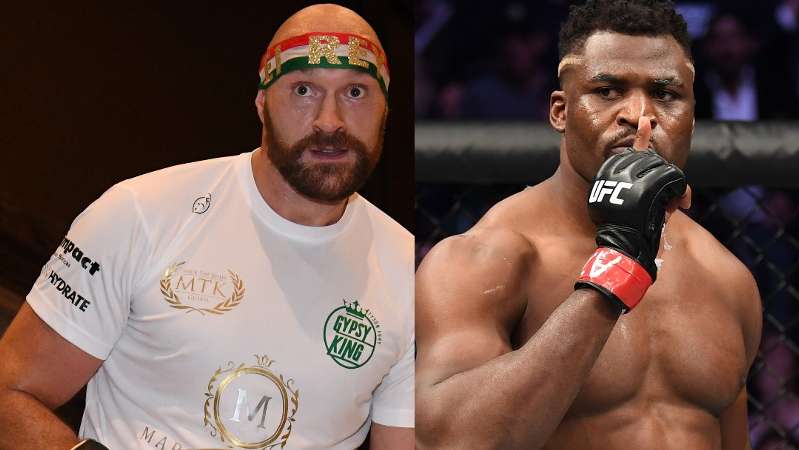 Tyson Fury believes a clash with the UFC's heavyweight champion will come sooner rather than later.

Tyson Fury has revealed a possible date and venue for a crossover fight with the UFC heavyweight champion Francis Ngannou.

The WBC world heavyweight champion has been involved in numerous social media exchanges with Ngannou and it now looks like the two could possibly go head-to-head in 2023.

Speaking to IFL TV, Fury claimed a clash with Ngannou would break all sorts of records.

"I am going to fight Francis Ngannou in Las Vegas next year – in March or February,” Fury said.

“There’s been no talks this year, because I have got some boxing to do, But next year we can have some crazy fights.

"It’s a massive fight – I believe it breaks all pay-per-view records in the United States. Two heavyweight champions going head to head."

Fury is scheduled to face mandatory challenger Dillian Whyte sometime in April and if he comes through that fight, the 33-year-old will then be expected to face the winner of Oleksandr Usyk vs. Anthony Joshua 2 for the undisputed world heavyweight championship.