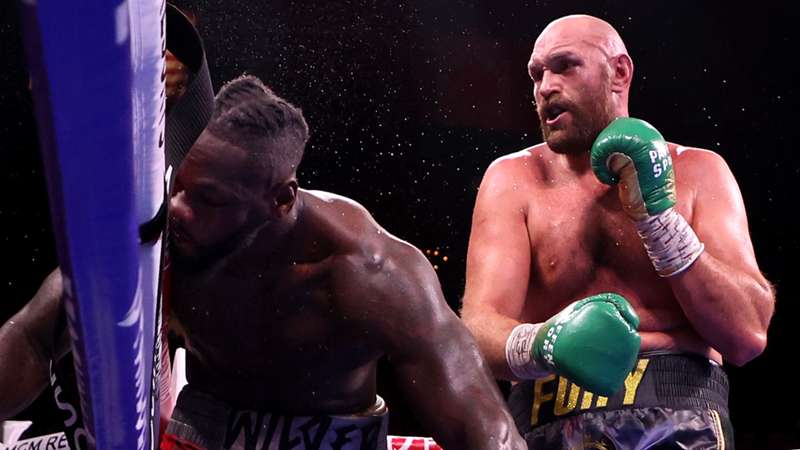 Everyone from LeBron James to Magic Johnson, Diddy, Jake Paul and Gervonta Davis weighed in on the instant classic heavyweight fight.

Deontay Wilder gave it everything he had and showed incredible heart. However, Tyson Fury overwhelmed him in the long run. With two knockdowns apiece, Fury finished the show in the 11th round with a clubbing right hand that dropped Wilder in a heap as the referee brought the trilogy bout — and rivalry — to an instant end. The boxing community and well beyond had plenty to say about the instant classic clash on Twitter.

.@Tyson_Fury ends the trilogy with a RD11 KO of Deontay Wilder, successfully defending his WBC title in a heavyweight war fans will not soon forget. #FuryWilder3 pic.twitter.com/kWi6PK6Hr9

Don’t ever doubt me, when the chips are down I always deliver!

THE BEST HEAVYWEIGHT OF OUR ERA.@Tyson_Fury 👏 👏 👏

It’s no doubt Tyson Fury is the baddest man in the world after knocking out Deontay Wilder in the 11th round! #wilderfury3

I think Tyson Fury might have finally earned the chance to fight me.

What a classic fight! This trilogy will live forever!

Truly historic great fight. Amazing show. My thanks to both warriors.
Congratulations @Tyson_Fury!!! Once again!
My respect to @BronzeBomber. Showed a lot of guts & heart. @trboxing @premierboxing #FuryWilder3 @ESPNRingside