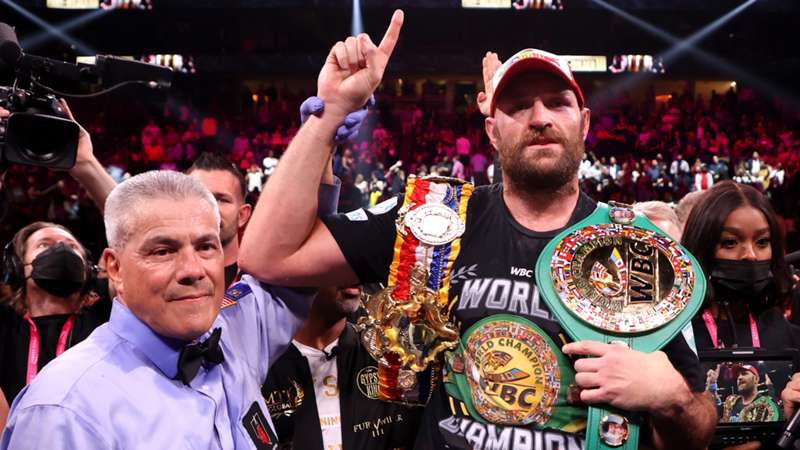 The WBC champion is currently undefeated.

Frank Bruno believes if Tyson Fury came up against fighters of his generation, ‘they’d eat him for dinner.’

Bruno fought in the era of fighters such as Mike Tyson and Evander Holyfield, and speaking to DAZN, the retired British fighter praised the current WBC champion for his current exploits, but believes the modern day is an easier era.

Asked about the expected fight between Fury and his mandatory challenger, Dillian Whyte, he said: “It’s a good fight, Dillian Whyte is very powerful. Tyson Fury is dangerous and can box.

“What he’s learned, Dillian Whyte wouldn’t know, it would break him. If [Whyte] hits Fury he’ll hit the floor.

“Tyson Fury is going to show him some movements and upset him. He can adapt. If you’re southpaw he can southpaw, if you dig deep he can dig deep. He fought the most dangerous man on the planet, Deontay Wilder, who threw his toys out of the pram.”

However he cautioned that Fury, “knows deep down in his heart if he was around in my day, they’d eat him for dinner.

“I’m not going to sit here and disrespect him, but we're talking about a different era. He’s living on a different cloud to what I was on.

“He’s number one, he deserves to be number one. I’ve got a lot of respect for him.”