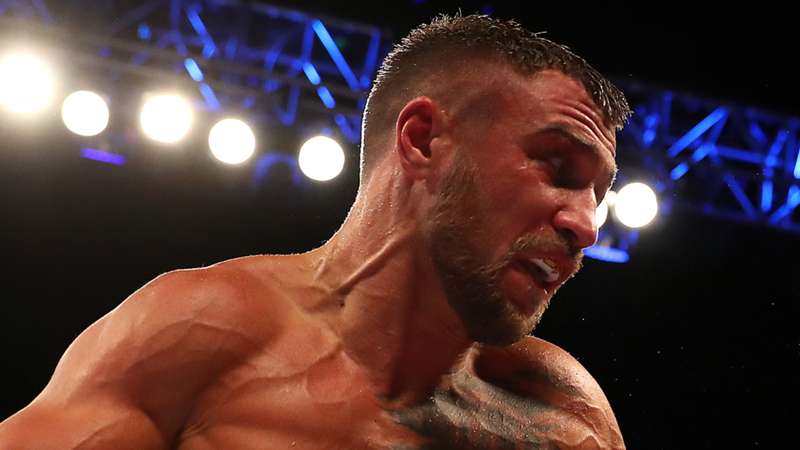 Too much Loma, who's now one title away from undisputed lightweight glory.

Luke Campbell managed to stick around and give Vasiliy Lomachenko a solid fight on pure grit and guts.

But when the championship rounds rolled around, "Hi-Tech" turned up the volume and drowned out "Cool Hand Luke" with his abundance of boxing skills.

Lomachenko delivered a rousing 11th-round knockdown and a near-knockdown in the 12th to power his way to a unanimous decision over Campbell at the O2 Arena in London on Saturday. With the win, Loma added the WBC title to his WBA and WBO hardware. Judges scored the bout 119-108, 119-108 and 118-109 in favor of the 31-year-old, who is now one title away from undisputed lightweight glory.

After the fight, Lomachenko (14-1, 10 KOs) said that he'd like to face the winner of the December fight between IBF champion Richard Commey and Teofimo Lopez for the right to be undisputed king of the division, but that it's up to his promoter, Bob Arum of Top Rank, to make it happen. Considering Commey and Lopez are also Top Rank boxers, it shouldn't be difficult to pull off, although Devin Haney facing Zaur Abdullaev on Sept. 13 in a WBC final title eliminator might have something to say about that.

As far as Saturday was concerned, Lomachenko kept chipping away at Campbell, countering the challenger any time he landed a shot on the champion. That turned into the theme of the fight. As good and gutsy as Campbell was, Lomachenko was just better and boxing on a different level.

In the 11th, Campbell began getting desperate and rough on the inside, locking the champ in a clinch and throwing punches. Loma responded by buying himself some real estate and using that opening to land a left and right to the body before knocking Campbell down with a straight right to the head.

He threatened another knockdown in the 12th round, but Campbell switched into full-blown survival mode, even clutching onto the champion's leg to avoid tasting the canvas again. By then, Lomachenko was completing another master class and making sure he was well beyond Campbell's reach.

Perhaps jabbing at Lopez, Lomachenko said he'd like to fight the surging contender but that he doesn't think he'll get past Commey.

Already considered the arguable best pound-for-pound boxer, Lomachenko would only add more layers to his fighting legacy by being crowned undisputed champ. Will he get the opportunity against Commey or Lopez?