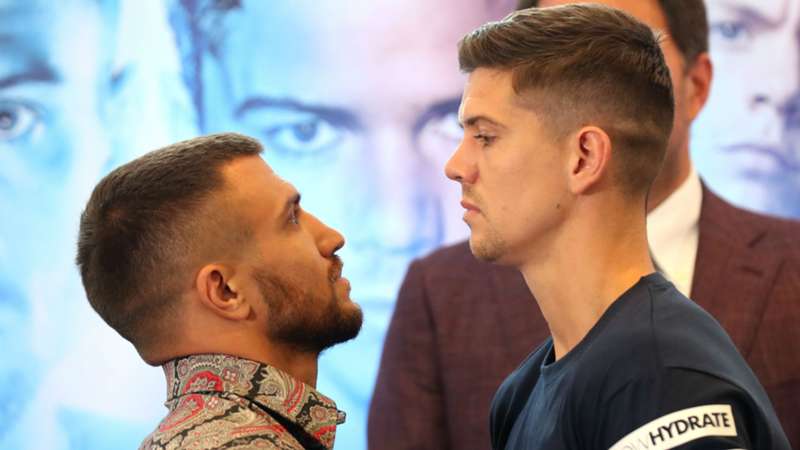 Vasiliy Lomachenko and Luke Campbell are ready for battle on Saturday in London.

Typically, final press conferences in boxing are ho-hum, with neither the fighters, their promoters nor the trainers saying too much of substance.

That was the case Thursday, as unified lightweight champion Vasiliy Lomachenko and Luke Campbell kept things respectful. Still, when it was time to come face-to-face, you could sense the intensity ahead of their fight at the sold-out O2 Arena in London for Lomachenko's WBA and WBO titles along with the vacant WBC belt up for grabs.

Lomachenko (13-1, 10 KOs) returns to London for the first time since he captured the 2012 gold medal to become a two-time gold medalist. While he respects Campbell for what he's been able to accomplish, Lomachenko looks forward to putting on a show for the U.K. fans.

"I can't wait to get in the ring and show my boxing skills to (the) British fans and fans all over the world," Lomachenko said during the presser. "Luke Campbell is a tough, smart, and technical fighter, so it's going to be interesting. I am ready, and that's why I'm here in the U.K."

Campbell (20-2, 16 KOs) steps into the ring against one of boxing's best looking to win the first major world title of his professional career. The only time he fought for a world title, he came up just short, losing a split decision to Jorge Linares for the WBA lightweight title in September 2017. The 31-year-old isn't concerning himself with what Lomachenko does inside the ring. His attention is solely on what he brings to the table to ensure he can pull off the upset and hold three of the four lightweight belts.

"I've always said to be the best, you have got to beat the best, and that's why I'm here," Campbell said. "I'm not worrying about what he's going to do. I'm focused on myself. I'm going to have to show a bit of everything to win, and I'm ready to do that."