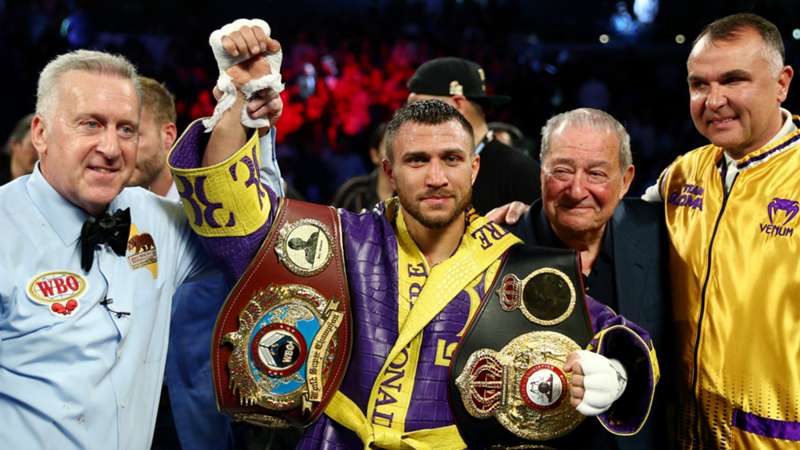 A one-time sparring partner of Vasiliy Lomachenko has offered some insight into exactly what Teofimo Lopez Jr. has to overcome if he wants to emerge from their lightweight unification grudge match with his unbeaten record intact.

Lomachenko (14-1, 10 KOs) and Lopez (15-0, 12 KOs) do battle on Oct. 17 in Las Vegas with the American putting his IBF title up against the WBA, WBO and The Ring belts currently held by the Ukrainian.

Prior to his success at the London 2012 Olympics, Lomachenko sparred with fellow Games competitor John Joe Nevin of Ireland.

In an interview with Pro Boxing Fans, Nevin said of Lomachenko: “It was like you were doing a bit of shadow boxing, he’s that hard to hit.

“He’ll only let you hit him if he’s trying to set you up for something. So, if you’re having a bit of success here, he’s probably two steps ahead of you planning a nasty shot for you.

“He’d go around with these big 20-ounce gloves, whilst everyone else was wearing, 14-ounce or 16-ounce at the time.

“He’s going around with these massive paddings, wearing these ankle weights and he was still quick as quick, quicker than any other lad he sparred.

“He’s just tremendous, the stuff he comes up with.”

Nevin (14-0, 4 KOs as a professional) could not match Lomachenko's gold medal accomplishment in 2012 but did earn silver at bantamweight.

When he was asked how Lopez can stop the man many consider to be the best pound-for-pound fighter today, Nevin answered: “Obviously trying to hit him. Trying to land some punches on him and again if he was trying to punch back.

“If you made him miss with his hand speed, you’re doing something right.

“It was good, it was nice to share a ring with such talent like him and you’re only going to get better sparring the likes of him.”

Nevin, who like Lopez is undefeated as a professional, hasn't fought since November last year thanks in no small part to the coronavirus pandemic. His last outing came in the form of a 10-round unanimous decision win over Honduran Freddy Fonseca at York Hall in London to claim the vacant WBA International super-featherweight title.