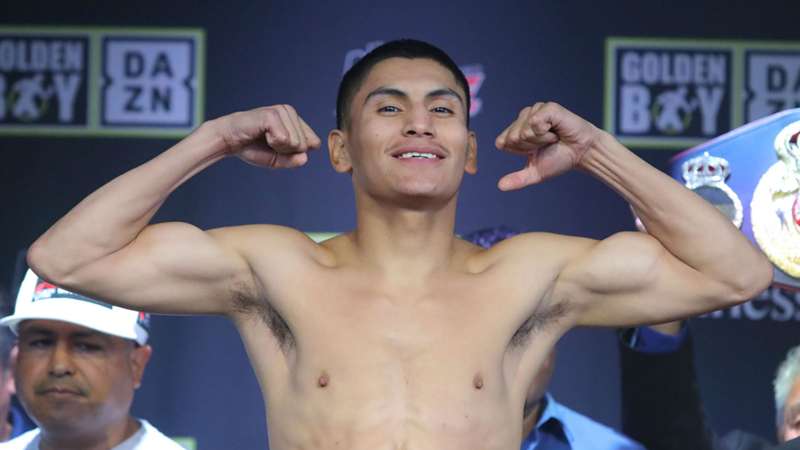 Vergil Ortiz Jr. has yet to allow the judges to be involved in the outcome of his fights. But he says he doesn't feel the pressure to deliver a KO each time.

When Vergil Ortiz Jr. steps into the ring with Samuel Vargas on July 24, live and exclusively on DAZN, the 22-year-old will be seeking his 16th consecutive knockout in as many fights. But he will be up against the most experienced opponent he has faced in his career, as Vargas has faced the likes of Errol Spence Jr., Danny Garcia and Amir Khan.

Vargas (31-5-2) has gone as far as to say that he “looks forward to hurting” Ortiz Jr. inside of the squared circle at the Fantasy Springs Resort Casino in Indio, Calif.

Believe it or not, the same cannot be said for Ortiz.

“Outside of the ring I’m not a fighter so I don’t necessarily enjoy hurting people,” Ortiz told DAZN News ahead of his clash on Friday night. “I do like to win, and I want to support my family, but looking forward to hurting someone just isn’t me.”

It’s hard to believe that someone with such an impressive knockout streak has little interest in hurting his opponents. But even the streak is something that Ortiz doesn’t care much about. Instead, it’s a means to an end where he can control the result and doesn’t have to concern himself with the judges outside of the ring costing him a fight.

“(The knockout streak) doesn’t mean a whole lot to me, to be honest,” Ortiz said. “Sometimes these fights end early and that’s good because the shorter my fights are, the longer my career can be. If I let fights go to a decision there is more of a chance that I can get cut, break some bones or something like that.”

Ortiz knows that fans are expecting a knockout against Vargas, but he doesn’t feel any pressure delivering. Instead, he’ll do as he always does and try to make the night as short as possible. Fortunately, that approach has led to early nights — none of Ortiz’s opponents have made it past six rounds thus far.

Only 3 of @vergilortiz’s 15 fights have lasted more than 3️⃣ rounds.

Will Vargas be the one who finally allows the judges to have a say in the Ortiz fight?

"I just want to win," he said, laughing.

Perhaps it's the carefree attitude that allows Ortiz to have the success that he's had. And if he's not putting pressure on himself to finish his opponents, that doesn't bode well for whoever steps inside the ring to face him.