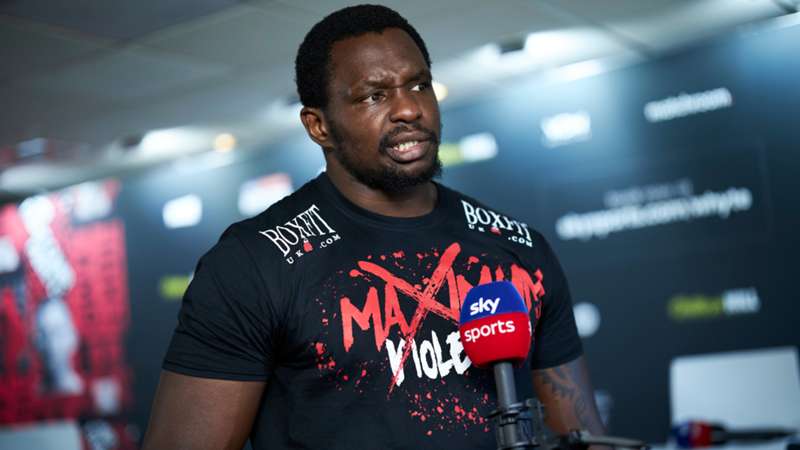 The Matchroom promoter can even see a Whyte vs. Joshua undisputed clash down the line.

Matchroom promoter Eddie Hearn wants to see Dillian Whyte made the mandatory next opponent for the winner of Deontay Wilder and Tyson Fury after they fight on October 9.

Whyte is the longstanding WBC interim champion, with a brief interruption after a defeat and then rematch against Alexander Povetkin, and he puts his belt on the line on October 30 against Swedish fighter Otto Wallin.

Any potential undisputed fight between Fury and Anthony Joshua depends, for now, on Joshua reclaiming his three major belts against Oleksandr Usky in their rematch, expected in early 2022.

That leaves around half a year of inaction for the winner of Wilder vs. Fury, and Hearn told IFL TV that Whyte has waited long enough for his chance.

"As long as Dillian beats Otto Wallin, then Whyte is mandatory for the winner of that fight immediately. There is no reason not to do it. Dillian, who 100 percent would have wanted AJ to win, because he's not like that," Hearn said.

"It's a really interesting situation. Anything can happen. In an ideal world, Tyson Fury beats Deontay Wilder, the mandatory is called for Dillian Whyte. Dillian Whyte beats Tyson Fury, AJ beats Usyk, and then we got Whyte against AJ for the undisputed next summer."