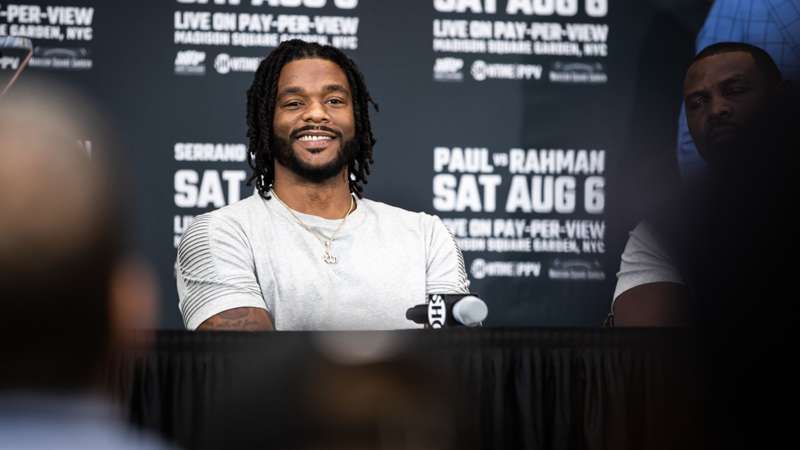 The American fighter takes on a sporting legend.

Hasim Rahman Jr. is in action tonight when he battles Greg Hardy.

Rahman Jr. was expected to fight Jake Paul earlier this year but an argument over the weight limit put paid to the event.

Hardy last saw action in the boxing ring back in October, defeating Michael Cook in his debut.

Here's everything you need to know ahead of Rahman Jr. vs. Hardy.

When is the Rahman Jr. vs. Hardy fight tonight? Date, start time

The main card will get underway at 12 a.m. GMT / 7 p.m. ET with the Rahman Jr. vs. Hardy ringwalks scheduled for 3 a.m. GMT / 10 p.m. ET. These timings could change due to the length of the undercard fights.

Can I watch Rahman Jr. vs. Hardy on DAZN tonight?

Where is the Rahman Jr. vs. Hardy fight tonight?