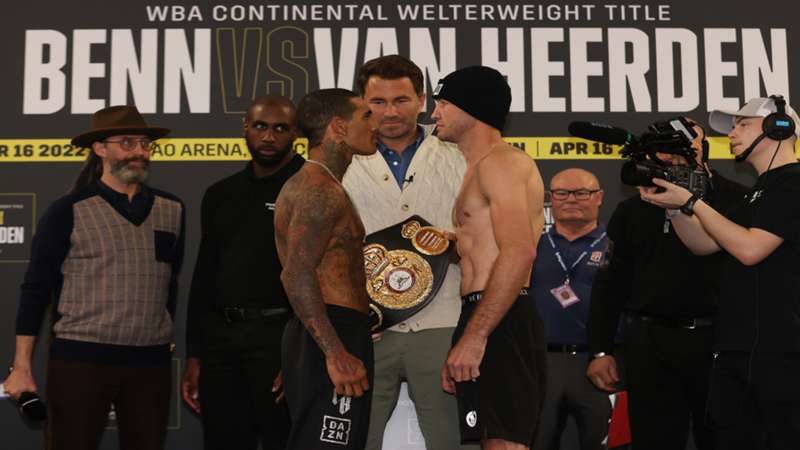 Mark Robinson/Matchroom Boxing
Check your region for Eubank Jr vs. Benn on DAZN

There's a stacked card ahead of the megafight for British supremacy.

Chris Eubank Jr and Conor Benn will meet on Saturday, Oct. 8 at the O2 Arena in London. It is a fight that has given fans plenty of excitement ahead of what should be an iconic event.

Thirty years after the iconic clash between the two fathers at Old Trafford, Eubank Jr and Benn will look to settle the score again in one of the year's most significant fights.

Here's everything you need to know ahead of Chris Eubank Jr vs. Conor Benn.

When does the Chris Eubank Jr. vs. Conor Benn card start, date, and start time?

The main card is set to get underway at 7 p.m. BST / 2 p.m. ET, with the main event ringwalks scheduled for 10 p.m. BST / 5 p.m. ET. These timings are subject to change due to the length of the undercard fights.

Can I watch Chris Eubank Jr. vs. Conor Benn on DAZN?

Chris Eubank Jr vs. Conor Benn will be live on DAZN PPV in the UK and Ireland, as well as around the world on DAZN.

Where is the Chris Eubank Jr. vs. Conor Benn fight?

The fight takes place at the O2 Arena in London, England.