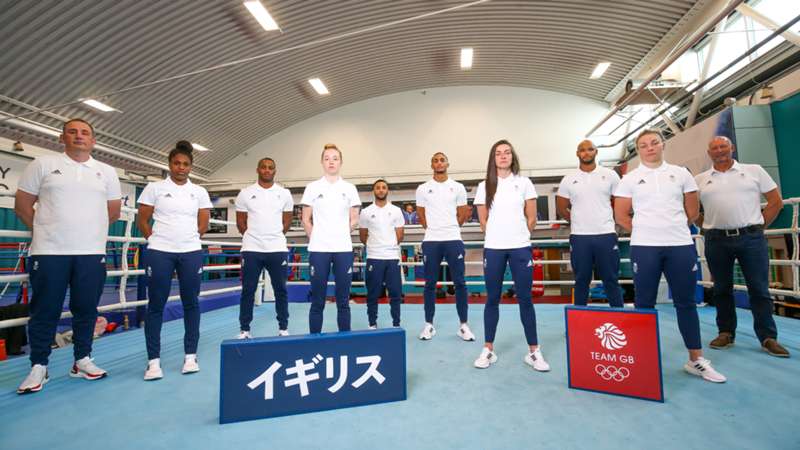 Who are the men and women striving to win a boxing gold medal for Great Britain at this year's Olympics?

The youngest Yafai brother, Galal, competes in his second Olympics and he’ll be aiming to improve on his 2016 showing when he was eliminated in the last 16 by Cuba’s Joahnys Argilagos.

Yafai is vastly experienced and is no stranger to tournament podiums as he boasts multiple medal finishes including a gold at the 2018 Commonwealth Games. Can he add an Olympic gong to his collection?

Undoubtedly Britain’s best hope of a medal, Peter McGrail is universally respected and has a host of medals to his name thanks to excellent showings at a variety of international tournaments.

A proud representative of the Everton Red Triangle club in Liverpool, McGrail has long identified an Olympic medal as his main priority before he makes the inevitable switch to the professional game.

One half of the McCormack twins from Birtley ABC in Newcastle is Luke. At 26 years of age, McCormack arrives in Tokyo with bags of experience when boxing in his beloved Great Britain vest.

No stranger to international competition, McCormack has performed admirably in a number of events with the highlight being a silver medal at the 2017 European Championships. Can he go one better in Japan.

Joining his brother in Japan is Pat McCormack. The talented welterweight will be participating in his second Olympic Games and he’ll be looking to perform better than he did five years ago when he failed to make a dent in Brazil.

Pat has won gold medals at both European and Commonwealth tournaments and he can add an Olympic prize to that with a favourable draw in Tokyo.

After enjoying a stellar 2019 where he medalled at both the World and European Championships, Ben Whittaker will be desperate to show the world his talents at the Tokyo Games.

The Midlands light-heavyweight has been inspired to fight by the Cuban boxers who excelled at the Olympics and he’ll be aiming to emulate them once the action gets underway.

After representing Jamaica at the 2014 Commonwealth Games, Cheavon Clarke switch national allegiance to Britain and he hasn’t looked back.

After a number of solid showings at various tournaments, Clarke enters the Tokyo Games as one of his country’s brightest hopes.

One of the most experienced boxers in the whole tournament, Frazer Clarke finally makes his Olympic bow after narrowly missing out to eventual silver medallist, Joe Joyce, in 2016.

His absence in Brazil has only made him hungrier and now Clarke makes the trip to Japan a lot more experienced and ready to become the latest British fighter to win a medal in the super-heavyweight division.

Originally trained by her father due to her local club not accepting female boxers, Charley Davison has made her dad proud as she takes her place in the Great Britain Olympic squad.

At, Davison will enter the tournament as one of the Game’s more senior fighters but her freshness has been displayed at qualification events ensuring she’ll be a fighter well worth monitoring.

Karriss Artingstall made an immediate impact after being selected for the Team GB Podium squad in 2018.

Her performances shortly after brought her medals at both the World and European Championships, which went a long way to justifying her selection. Now, Artingstall can increase her profile with a strong showing in Japan.

The sister of heavyweight contender, Daniel, Caroline Dubois enters the Tokyo Olympics as one of Britain’s brightest medal hopes following a successful career.

After winning multiple youth honours, Dubois carried that form onto the senior stage and her place in Japan was secured when collecting a silver medal at the European qualifying event.

A former international footballer for Wales, Lauren Price swapped boots for gloves after watching Nicola Adam compete at the London Olympics in 2012.

Settling into the sport well, Price became a regular fixture at international tournaments with the highlight being a gold medal at the 2019 World Championship. An honour such as that means that Price is one of the favourites for Olympic glory.

When do the Olympics start?

Round-of-32 action begins the boxing schedule on July 24, with the various divisional gold medal matches running between August 3 to August 8.