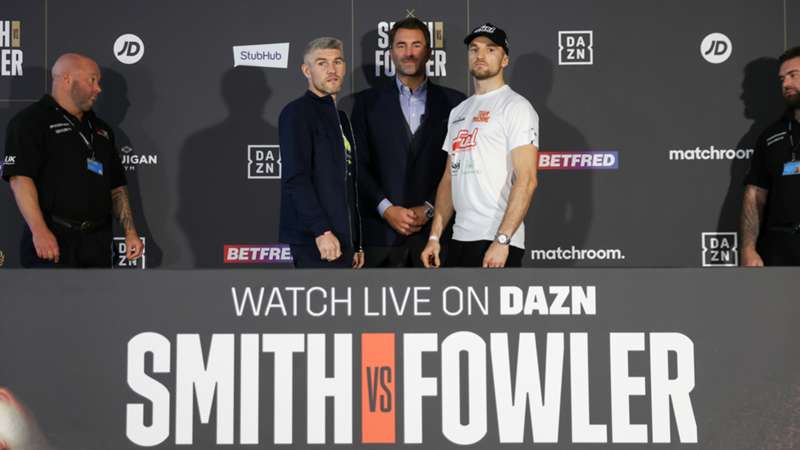 DAZN's resident experts stick their necks out and offer their picks.

The city of Liverpool delivers a huge local derby on Saturday — and it isn't the Premier League's Liverpool FC vs. Everton this time around.

Anthony Fowler takes on Liam Smith in a battle of two of the city's favourite sporting sons, and something has to give when it comes to each fighter's world championship aspirations.

Who will conclude the evening with their hand raised in victory?

Here's what our resident fight fans had to say.

This is a great fight to make, full of genuine intrigue, uncertainty and plenty of urgency from both fighters, who'll know they can't really afford to lose such a crucial fight on such a big stage. It will likely come down to one or more of several intangible factors, which makes it a tough one to call. For me, however, Fowler will be that little bit hungrier and perhaps that little bit more spiteful. This is his chance to get back on course for world title opportunities, and I just have a gut feeling Fowler will want it just a little bit more.

It’s set to be a raucous atmosphere inside the M&S Bank Arena when Liam Smith and Anthony Fowler meet on Saturday night. Whoever comes out on top will have major implications for their career going forward. For Fowler, a victory would make him a legitimate contender at super-welterweight, while for Smith a win would prolong his career at the top level.

For the fight itself, it will be a barn stormer and hopefully one to remember. I predict it will go the full 12 rounds and Smith to edge it on points. Smith is difficult to knock out with just one KO loss on his record and that was to Canelo. Fowler’s best chances of winning are by stopping or knocking out Liam Smith, but I can’t see it happening unfortunately, but nonetheless it should be another memorable derby fight on Merseyside.

We should be in store for a great fight. It's going to be loud and the crowd is going to be ready for the all-Brit showdown.

Unlike Fowler, Smith has been in these high pressure situations before against Canelo Alvarez and Jaime Munguia. How will Fowler being able to handle everything that comes with a marquee fight? Fowler is going to want to shine and go all out. For Smith, this is his final shot at climbing back up the ladder to secure one more crack at becoming a world champion. Have a feeling we are going to see a rock-and-sock-em robots type of fight with neither giving up an inch. The experience of Smith is going to be too much for Fowler.