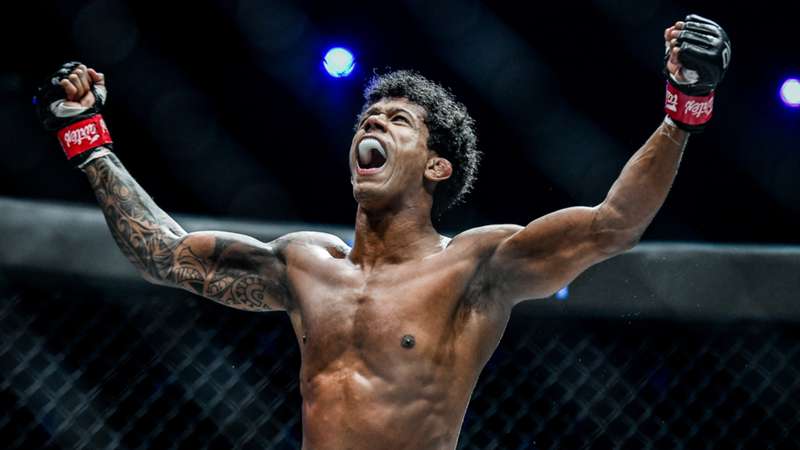 It was a memorable start to life on TNT for ONE Championship, in both good and bad ways.

ONE Championship made their debut on American network channel TNT on Wednesday, staging a star-studded show that delivered big news in various ways.

Defending ONE flyweight champion Adriano Moraes was a clear underdog against his challenger, legendary lower-weight fighter Demetrious 'Mighty Mouse' Johnson. However the Brazilian stunned the former UFC flyweight titleholder as well as the viewing television audience with a second-round knockout to retain his title and boost his own legacy at the weight class.

Johnson had never before been finished off by strikes, but that's exactly what happened to the 34-year-oldin Kallang, Singapore when the champ used a clever knee strike to get the upper hand of a blistering exchange between the two warriors, before a punch combo prompted the referee to call it off.

Johnson, who won the promotions flyweight grand prix to earn the title opportunity on this landmark event, said afterwards on social media: "All good, everyone back at the hotel. Watch the fight. Sh—ty day in the office. Congratz to Moraes, we will be back."

The victorious Moraes also took to Twitter, saying: "Thank you all! Jorge Masvidal told me the knee can change lives."

Meanwhile, the seminal night in the company's history got off to a controversial start as tenured lightweight veteran Eddie Alvarez was disqualified for illegal strikes in his bout against Iuri Lapicus.

Former UFC lightweight champ Alvarez was returning to the cage after 20 months of inactivity but was shown a red card after repeatedly landing shots to the back of his opponent's head.

The decision split many fans, but Alvarez himself admitted post-fight that he agreed with the ref's call.

“Iuri was turning his head the other way and the referee warned me, he said to me ‘back of the head, Eddie.,” Alvarez explained.

“So you see me take my head and I start shoving his head towards my punch. You’ll see it in the tape. When the ref warns me, I take my own head and I push Iuri’s to the side of the punch that it was coming. On top of that, I felt like as long as I’m hitting the ear at some point that it’s legal.”

“The referee’s here, whatever call he makes, that’s the call. I apologize. I hope Iuri is totally fine cause this game is so dangerous. All I care about is that everybody in here sincerely is safe and can go home to their family when they’re done. I’m praying for Iuri right now.”