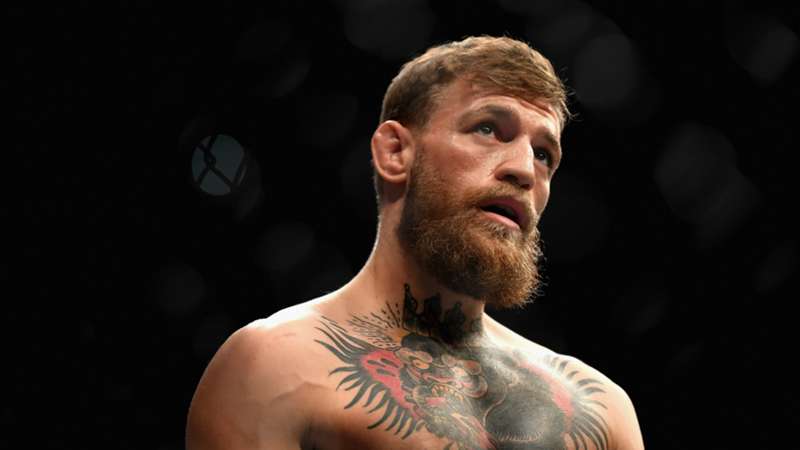 Should Conor McGregor get past Donald Cerrone at UFC 246, the former two-division champion has his sights set on either Jorge Masvidal or Kamaru Usman in March at UFC 248

When it comes to opponents, Conor McGregor has his pick of the liter. He could go back down to featherweight, lightweight, or remain in the welterweight division, where he fights for the third time in his career on Saturday in the UFC 246 headliner against Donald Cerrone from the T-Mobile Arena in Las Vegas.

At Wednesday's press conference, McGregor scoffed at the idea of going back down to 145 pounds, where he began his UFC career. But the former two-division world champion perked up when he was broached with the idea of facing either BMF champion Jorge Masvidal or take on current welterweight champion Kamaru Usman should he get past Cerrone on Saturday.

Initially, McGregor hedged on his selection. But after giving it some thought, McGregor opted for the man who claimed the baddest motherf—ker belt from Nate Diaz at UFC 244 in one of the biggest fights of 2019. He would like a crack at the champion, but he said he wasn't too fond of his fighting style, which he likened to Khabib Nurmagomedov.

"I’d take both," McGregor said. "I would like that bad motherf—ker title, and I’d like the gold. For me, the gold has a bit more significance too, especially since the way the BMF finished. I thought we were robbed of a classic contest as I thought it was kicking into gear going into rounds four and five.

"But they’re both exciting bouts. I’d say probably the more exciting bout would be myself versus Jorge from a stylistic standpoint. Usman has a similar style of Khabib, the sniff-the-jockstrap-style. I’m interested in both. We’ll see what happens."

Currently, every UFC pay-per-view in the first quarter has a main event slated except for UFC 248 on March 7 in Las Vegas. Reports were that middleweight champion Israel Adesanya would be facing Yoel Romero on the show, but UFC President Dana White said that isn't the case at this time.

Could the spot be saved for McGregor if he beats Cerrone on Saturday? White said, "anything is possible." If it does come to fruition, McGregor would be ready for Masvidal, Usman or anyone the UFC throws at him.

"God willing, we come out of here safe from this bout on Saturday night," McGregor said. "Most certainly, March would be attainable.

"Line them the f—k up. I couldn’t care. Any weight. Any division. Any anything. I’m in prime condition and ready to go."