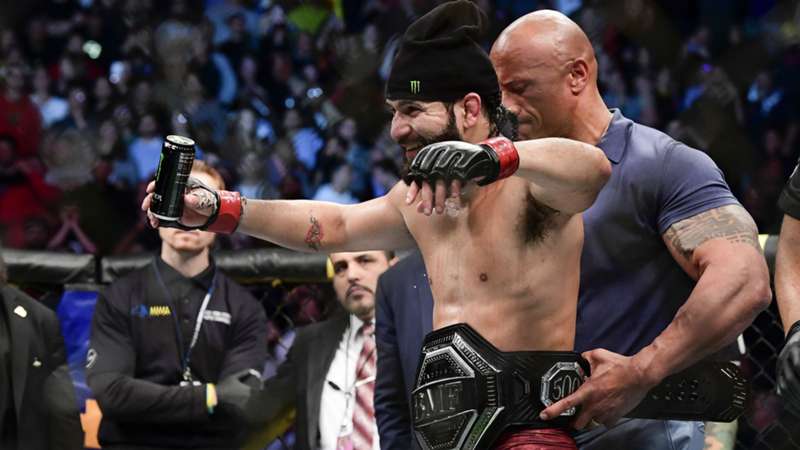 Bitter rivals lock horns in the main event of UFC 272.

The biggest grudge match in the UFC gets settled at UFC 272 on Saturday as welterweights Colby Covington and Jorge Masvidal battle in the main event from T-Mobile Arena in Las Vegas.

Covington and Masvidal were good friends and trained together at American Top Team. At one point, Covington lived with Masvidal for around eight months. However, things turned sour quickly after Covington won the interim welterweight title against Rafael dos Anjos at UFC 225 in June 2018 with Masvidal in his corner. As with most relationships, friends became bitter enemies due to money.

Covington refused to pay Masvidal's long-time striking coach Paulino Hernandez his total amount for the fight, which he told MMA Junkie was $17,500. Instead, Covington paid only $5,000, according to Hernandez. After that, things started getting out of hand, with Covington making veiled comments about Masvidal and his kids. The feud caused tension in the gym to the point where both were kicked out, with Masvidal eventually being let back in.

The insults have gone back and forth with no end in sight. So will UFC 272 solve their problems?

"The headline Sunday morning is going to be Jorge Masvidal wins and sends Colby Covington to his funeral," Masvidal told DAZN News. "I'm going to knock him unconscious, and send him off on a stretcher."

Here is everything you need to know about UFC 272: Covington vs. Masvidal.

UFC 272: Covington vs. Masvidal will be broadcast on ESPN+ PPV in the US, while BT Sport has broadcasting rights in the UK.

This fight takes place at the T-Mobile Arena in Las Vegas.