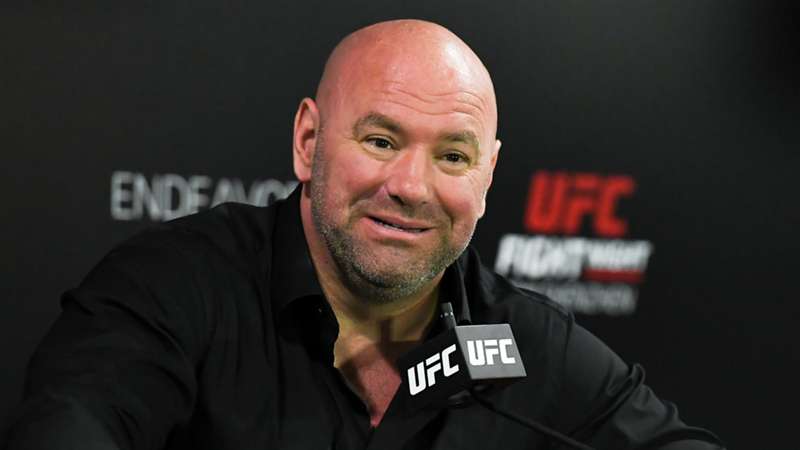 The UFC president continues to move forward with its biggest announced event for 2020.

The show will be conducted behind closed doors, but the brash president of the UFC wouldn't divulge the venue or host city.

"I do (know where UFC 249 will be), but I'm not ready to tell you yet," White said during an Instagram Live chat with Yahoo Sports on Monday evening.

Those remarks could indicate that UFC 249 will be taking place overseas. Nurmagomedov is already back in Russia for final preparations. When it comes to how he's going to get fighters across international waters with the tight travel restrictions, White said everything is a work in progress and yet business as usual as well.

"Obviously, every time we put on an event every weekend, there's all kinds of problems, logistically, and tons of different things happen," he said. "We figure it out. That's what we do. That's the business we're in. We've been doing it for 20 years. We're the best at it. That fight will happen on that date, on pay-per-view, and the whole world will get to watch it."

Initially, UFC 249 was set to take place at Barclays Center in Brooklyn, but the state of New York shut down mass gatherings due to the coronavirus outbreak. The company canceled three shows that were scheduled to take place in Las Vegas at the UFC Apex Arena through April 11 because the Nevada State Athletic Commission also put a hold on all shows for the time being.

White's insistence on trying to continue to hold events, even though other major sporting organizations have postponed their seasons, has been met with widespread criticism. Hearing the criticism, White called journalists covering MMA the "weakest, wimpiest people on earth" for raising concerns about the safety of the fighters during the massive spread of COVID-19. Currently, there are over 396,000 confirmed cases of coronavirus worldwide and 17,000 deaths.

When asked about why the UFC needs to continue to hold shows at this point, White said the ongoing global pandemic is nothing out of the ordinary for the company. He also said the company has consulted with public health experts and doctors to ensure the fighters will be safe, despite no plan being revealed beyond taking temperatures at their lone closed-door show in Brazil 10 days ago.

"Health and safety is something we've been doing long before the coronavirus, and we'll be doing it long after the coronavirus is gone. This is just normal s— for us."