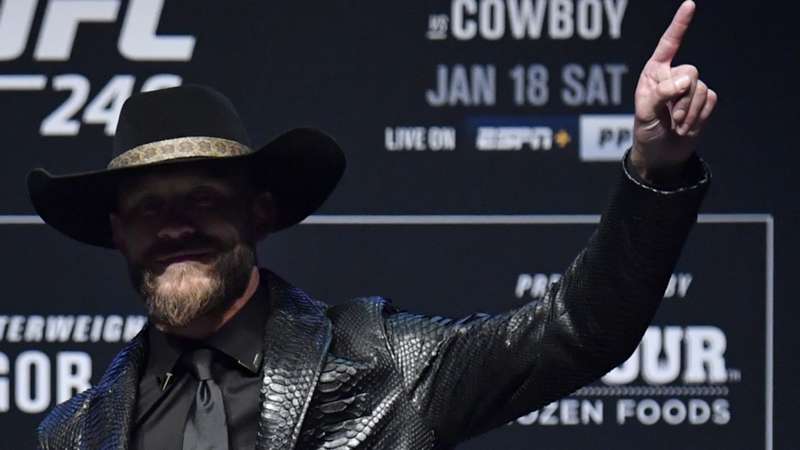 After Donald Cerrone said that he wasn't mentally there for his fight with Conor McGregor, Stephen A. Smith took to Twitter to tell the MMA community that he wasn't wrong for saying he was "disgusted" with Cerrone's performance.

In the mind of Stephen A. Smith, he has been vindicated following his controversial comments about Donald Cerrone after “Cowboy” stated that he wasn’t mentally present for his UFC 246 fight with Conor McGregor.

“Donald showed up,” Cerrone said to ESPN’s Brett Okamoto. “‘Cowboy’ wasn’t there. Wrong guy showed up. I couldn’t get going, couldn’t get excited, couldn’t get fired up. (I) didn’t want to be there.”

Smith caught the wrath of the MMA community after suggesting Cerrone quit in his January showdown against Conor McGregor when the Irishman finished him in 40 seconds.

Smith lambasted Cerrone for turning in an “atrocious performance” in the biggest fight of his career.

“I’m quite disgusted,” he said on the ESPN+ post-fight show alongside Michael Bisping, Jon Anik and Chael Sonnen. “Let me be very, very clear: I’m honored to be up here with you guys. I’m a spectator watching the sport. I expected to see more than 40 seconds. I predicted McGregor was going to win this fight inside of two rounds. I thought he would take him out.

“Here’s the deal: 15 seconds in, ‘Cowboy’ Cerrone was done. He got hit with those shoulders in the clinch and he was done. It looked like he gave up. It was just an atrocious performance on his part.”

The MMA community returned fire and blasted Smith as merely a casual who didn’t understand nor appreciate the nuances of the sport. Among them was UFC commentator Joe Rogan.

But Smith took to Twitter after Cerrone’s recent comments to tell the world that maybe he wasn’t so crazy for what appeared to be an offhanded comment.

I’m, so all you MMA folks — who I profoundly respect — am I off my rocker now??? When you’ve covered sports intimately as a reporter for a quarter-century, you see things sometimes. I respect the hell out of @Cowboycerrone, but he just wasn’t there that night.

Does the MMA community owe Smith an apology?