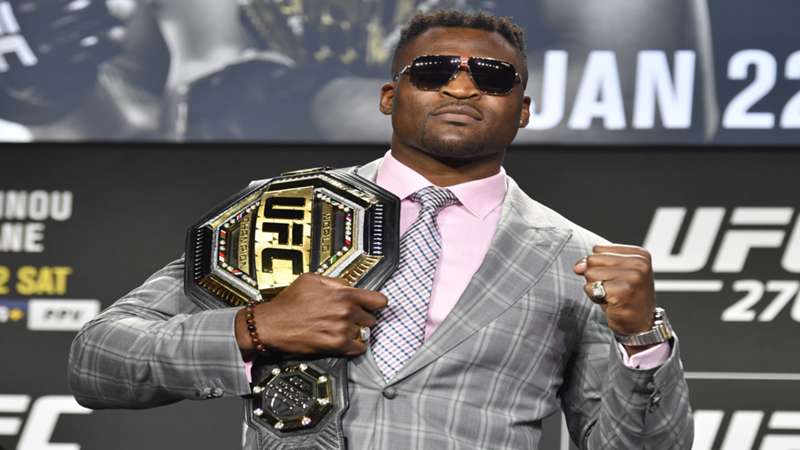 Francis Ngannou isn't too interested these days in perhaps the biggest fight in the UFC.

Francis Ngannou has a plethora of options if he gets past Ciryl Gane at Saturday's UFC 270.

But if Ngannou and the UFC can agree to a new deal, there's a trilogy bout with former two-time titlist Stipe Miocic. But the one the entire world wants to see is Ngannou battling former light heavyweight kingpin and pound-for-pound great Jon Jones. During Thursday's UFC 270 pre-fight press conference, Ngannou was asked about a potential Jones clash. But, from the sounds of things, Ngannou isn't keen on the matchup anymore.

“No, I’m done with that fight,” Ngannou said. “I’ve been waiting for that fight for so long. After Stipe [Miocic], it was supposed to be Jon Jones, and that never happened. I don’t know why. So I moved on.”

Numerous attempts have been made to stage the massive contest but to no avail. So when Jones vacated the light heavyweight title in 2020, he reached out to the UFC about making the fight as he would move up to heavyweight. To take a fight of that magnitude in his debut in a new weight class, according to the UFC, Jones wanted a substantial increase in pay that is comparable to the reported $30 million Deontay Wilder received for his rematch versus Tyson Fury in February 2020.

Jones flatly denied it, saying he approached the UFC renegotiating his contract, he immediately got shot down. Momentum picked up again after Ngannou knocked out Miocic at UFC 260. The UFC refused to budge in their stance regarding Jones' demand for raise.

The sentiment among many in the sport is Jones is the No. 1 contender and should face the winner of Ngannou-Gane. Jones said on Twitter he'll be watching UFC 270 and taking notes on both guys. UFC president Dana White was non-commital on where Jones stands in the land of the giants.

“I don’t feel confident saying that Jon Jones is next,” White told ESPN. “Not because I think he’s unreliable, it’s because I honestly don’t know what Jon Jones wants to do next. I think Jon’s going to watch this fight, and he’ll decide. Maybe he doesn’t fight at heavyweight. Maybe he goes back and tries to regain the light heavyweight championship.

“I honestly don’t know the answer to that question. After everything plays out on Saturday — there’s just so much going into this fight. It’s all part of the drama, though. It’s what makes this weekend so fun.”