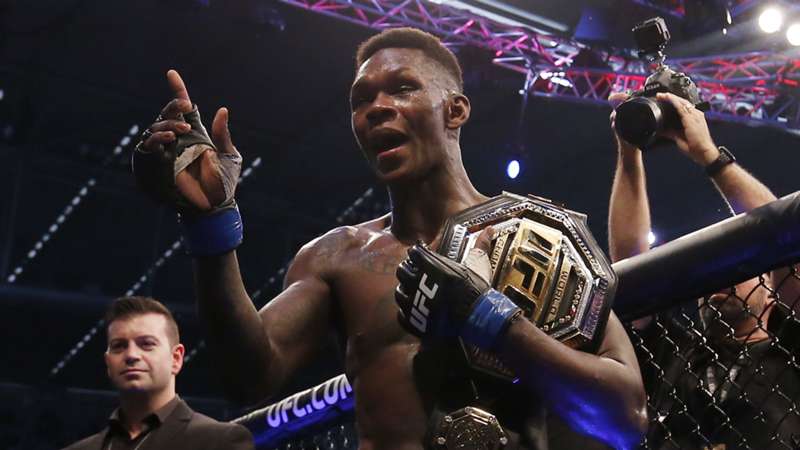 Their heated exchanges will culminate at the main event of UFC 253.

Israel Adesanya doesn't think too highly of Paulo Costa's intellect, but it's for that same reason that the middleweight champion says the Brazilian is a "dangerous" opponent for him at UFC 253 on Sept. 26.

"He's dumb, and he walks forward and he throws shots," Adesanya told ESPN on Thursday night during a live interview, which also had Costa on simultaneously. "That's what makes it really exciting, and that's what I'm looking forward to. I'm looking forward to a big, inflated ignoramus running up on me, trying to throw shots as I keep moving and sticking him.

"When someone brings the fight, I f—ing fight," Adesanya added moments later. "You say you're gonna bring the fight, right? Bring that s—. Yes, (Costa is) dumb, but that's what makes him dangerous as well because he's not scared to walk forward and throw and he's strong. But the same thing happens when they step in the cage with me, when they see me and feel me, they say, 'Oh my God, he's a lot stronger than I thought. Oh my God, he's a lot bigger than I thought.' It's nothing different."

When @stylebender and @BorrachinhaMMA appeared together on @SportsCenter, things got predictably combative 😅 pic.twitter.com/mje30k0yhO

The Adesanya-Costa feud has been brewing for quite some time. After Adesanya defeated Robert Whittaker via second-round KO (punches) at UFC 243 in October, the newly-crowned middleweight champ flipped two middle fingers at Costa, who was seated by the Octagon. The Brazilian fighter responded by tweeting "You should not have done this! See you soon." He added on Instagram: "I think someone will die."

Then, after Adesanya's title defense against Yoel Romero in March, Costa was removed from his seat by security for trying to jump over the guardrail.

Costa, during the same ESPN interview on Thursday night, expressed how he's tired of listening to Adesanya talk.

Both Adesanya (19-0) and Costa (13-0) have yet to taste defeat. Their heated buildup will come to a violent head on Sept. 26, when they enter the Octagon in the UFC 253 main event, with the location yet to be determined.