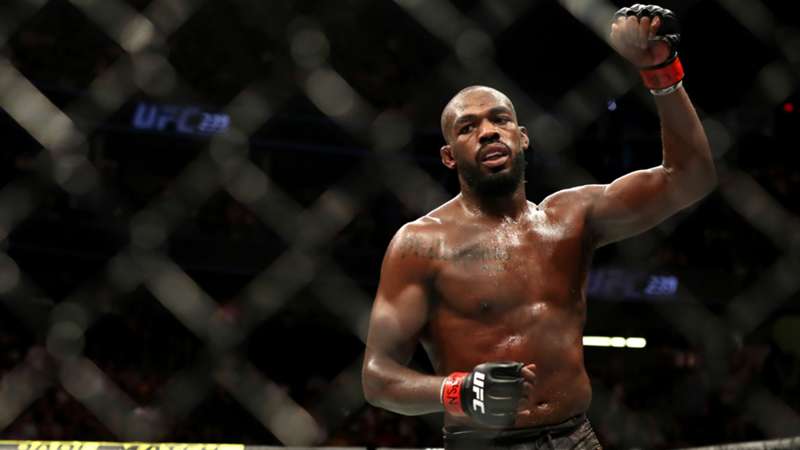 The UFC light heavyweight champion finds himself in trouble once again.

Just when it appeared that Jon Jones had his life back on track, he has taken a wrong turn once again.

According to arrest records, the UFC light heavyweight champion was arrested shortly after 1 a.m. Thursday morning in New Mexico by Albuquerque Police for aggravated DWI ​(driving while intoxicated), negligent use of a firearm, possession of an open container and no proof of insurance. According to ESPN, Jones was released from custody later Thursday morning, as reported by Bernalillo County Metropolitan Detention Center records. DAZN News has reached out to Jones' management for comment, but hasn't received a response as of press time. The UFC sent DAZN News a statement on the situation.

“UFC is aware of the situation regarding Jon Jones in Albuquerque early this morning. The organization has been in contact with Jones’ management team and is currently gathering additional information.”

KOAT in Albuquerque reports police officers were responding to gunshots and found the 32-year-old inside his vehicle. He allegedly denied knowing where the shots came from.

The officers said Jones looked to be intoxicated. Jones allegedly confessed to driving earlier in the evening and was going to get behind the wheel again. Jones took a series of sobriety tests and failed them all. A breathalyzer test was later administered, and results came back near twice above the legal limit.

After Jones was placed under arrest, officers found a handgun under the driver's seat and a bottle of Recuerdo behind the passenger's seat.

The arrest continues Jones' troubles outside of the Octagon.

Back in 2012, Jones was arrested after crashing his Bentley into a utility pole in suburban New York. He pled guilty to DUI charges, paid a fine, and had his driver's license suspended for six months.

Then in 2015, Jones was involved in a hit-and-run accident in Albuquerque where he drove through a red light and crashed into two different vehicles, including one belonging to a pregnant woman. Jones fled the scene and later turned himself in when a warrant was issued for his arrest. Jones again pled guilty to leaving the scene of an accident and received 18 months of supervised probation.

Outside of his legal troubles, Jones (26-1) has continued his winning ways in UFC. Since regaining the light heavyweight title against Alexander Gustafsson at UFC 232 in December 2018, Jones defeated Anthony Smith and scored narrow decision wins over Thiago Santos and Dominick Reyes.