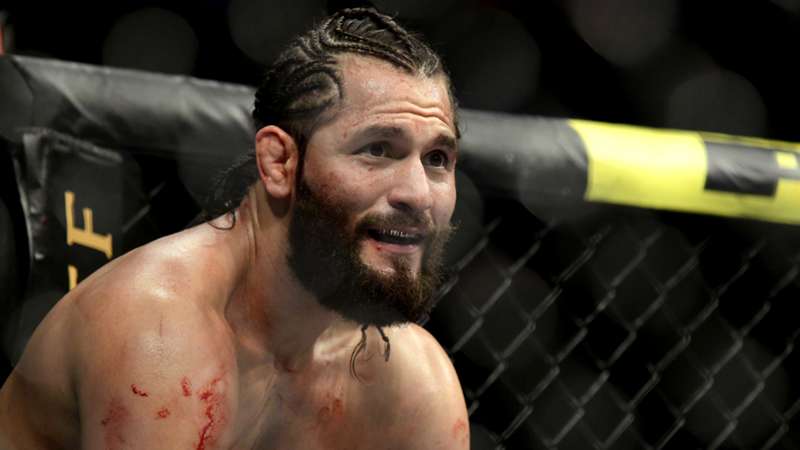 Well, that escalated quickly. Masvidal and Usman ran into each other Wednesday during Super Bowl week and had a verbal confrontation.

There's no love lost between Jorge Masvidal and Kamaru Usman.

Just over a week ago, Masvidal told ESPN's Ariel Helwani that "I would take a lot more pleasure in dismantling Usman's face than I would (Conor McGregor's)."

So, naturally, when "Gamebred" and Usman, the reigning UFC welterweight champion, crossed paths at Super Bowl Radio Row in Miami on Wednesday, they nearly came to blows.

The fireworks sparked when Usman repeatedly yelled "Do something! Do something" at Masvidal. In response, the BMF champion warned Usman.

Masvidal even blew a kiss at Usman, and the two had to be separated before the situation could escalate further.

Lil bitch brought his camera to try and flex and act hard. I was dolo and If you wanted to do something you could have tried but you didn’t lol 😂 #youplayedyourself #cloutchaser #tookanotherL

This run-in adds more momentum to the likelihood that they'll face each other next, with Usman's welterweight title on the line.

Masvidal has already warned Usman "you're f—ing dead" while speaking with Helwani, and that was just the beginning of the heated talk aimed at the champ.

"I would have a sincere joy inside of me like a kid on Christmas opening numerous gifts if Usman was the dude that I got to baptize," Masvidal also said at the time, as he explained why he'd prefer fighting Usman over McGregor.

When asked why he feels that way, Masvidal didn't hold back an ounce.

"There's something about his face that I don't like it, it doesn't sit well with me," Masvidal said. "I don't like his attitude as well, either."

It appears Usman's feelings are mutual, and we're sure UFC president Dana White has taken notice.