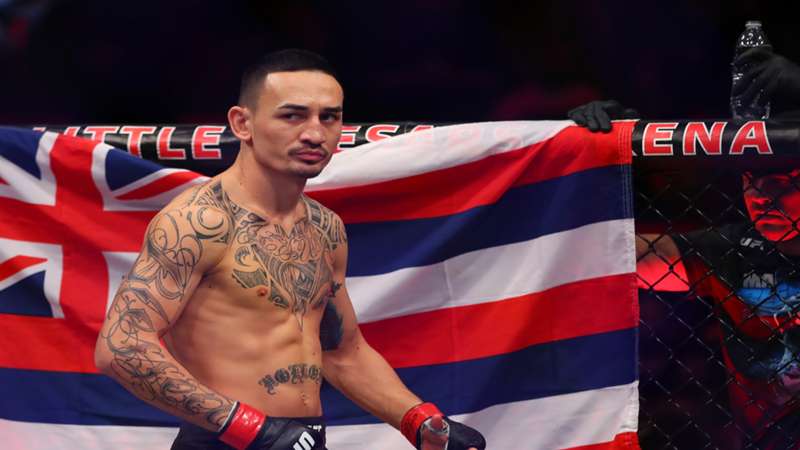 The former UFC featherweight champion speaks to DAZN News ahead of his main event tilt against Calvin Kattar on the UFC's first event of 2021.

Max Holloway kicks off 2021 looking to get back on the winning track as he takes on Calvin Kattar in the main event of Saturday's UFC Fight Night event from Etihad Arena on Yas Island, Abu Dhabi. Holloway is coming off back-to-back setbacks, including losing the 145-pound title, to current champion Alexander Volkanovski.

There were questions on what would be next for the Hawaiian. Would the UFC run Volkanovkski-Holloway 3 due to the rematch at UFC 251 being close with the majority feeling the scores should have leaned the way of the former titleholder? Or does UFC president Dana White decide that Holloway needs to get a win under his belt and then take on whomever holds the belt later this year?

White chose the second option for the guy who twice wiped out perhaps the greatest featherweight of all time in Jose Aldo.

Ahead of Saturday's contest, Holloway talked with DAZN News about not getting the trilogy bout with Volkanovski, why family is so important, and what he'd prefer if he emerges victorious over the hard-hitting Kattar.

DAZN News: How disappointing was it for you only to get one fight last year?

Max Holloway: You're talking to a guy who usually fights three to four times a year. It was frustrating at times. But I had a little bit of nagging injuries, so I got those taken care of, and now it's 2021, and I'm fighting in the first month of the year. I can't wait to go out there.

DN: The UFC announced recently the main card would be on ABC for the first time. What does that mean to you to be headlining the first UFC event on ABC?

MH: Blessed. I can't really say that much. What a time to be alive. It's crazy. I've gotten to be a part of these big things that happen at the UFC. If you look at my history, I got to be a part of some big stuff. Doing this is especially is cool. We're going up against other sports like NFL playoffs and even basketball as it's primetime in the morning in Hawaii. The primetime morning is like a primetime morning game, so I can't wait to introduce people to the sport and do it in a good way.

DN: You've done a lot of great things. It's amazing how long you've already been in the UFC. You're still a young buck in the game, and you were in this sport before you were even allowed to drink alcohol legally in the U.S. I know your nickname is "Blessed," but do you have to pinch yourself once in a while and be like, 'Man, I just keep accomplishing one big thing after another?'

MH: It's crazy. People forget how young I am. I made my UFC debut when I was 20 out, and it was in a casino. I had to walk straight through the hotel and back to my room after the fight (laughs). It was no fun.

It is crazy. I always say this as I've been going through my career is like I never ever focus on what I'm doing or what's been going on right now. The main focus is always the next thing or the next day because when I'm done (and) I'm retired, I can sit back, relax, and actually enjoy. That's the time you talk about it, and that's the time you pinch yourself because if you get lost in doing that now, that's a long time. For now, it's just focus on the main goal and the big goal and continue to leave a legacy.

DN: I follow you on Instagram and Twitter. One of the things I find so remarkable about you is that a good chunk of your social media posts have nothing to do with fighting. A lot of them are about your son and your fiancé. How important is family to you?

MH: They don't call me the "Daddest man on the Planet" for nothing (laughs). DC (Daniel Cormier), you want to fight for that title, get your butt out of retirement, and we can make this happen. You know who the real money fight is, DC. You know who the real "Daddest man on the Planet" is. You are eating everything I've worked for Daniel Cormier. You need to see me.

But all jokes aside, man, it's huge. It's super huge to me. I get my family, my fiancé, who got into surfing because she's a professional surfer. You know there's gaming. Me and my son can really bond over gaming. He knows I stream on Facebook. People will pay for gaming. He knows I stream on there. It is a cool way to show people my bond with my fiance and my son and see me differently.

DN: When you're not fighting, how much do you really think about it?

MH: Like zero. You're talking to a guy that rarely watches fights. I don't like it. Even on my stream, we have a command about fight talk. I don't really talk about fighting when I'm streaming. It is like your friends asking you like, 'Oh, how did this and that interview go with so and so' and they keep asking. It gets annoying. I tell my friends, and they are asking about fights or asking my opinion about things in the sport, and then I ask someone like a construction worker, 'So how's the concrete you guys using'? They say, 'I don't want to talk about it'. I say, 'Exactly. That's why I don't want to talk about fighting all the time'.

DN: I couldn't agree more because it does get annoying. I got a lot of buddies, and they're all fight fans, and I was talking to one guy, and I told him that I'm talking to you, and he's like, 'Oh yeah, let me know how it goes.' And I'm like, 'I probably won't. You'll have to read the article.' Let's talk about the fight. There was a lot of talk centered on you not getting the trilogy fight with Alexander Volkanovski and getting the fight with Calvin. Was there any disappointment from you that you didn't get that fight, or do you feel like, 'you know what? I need to take a step back, get a win, and my energy back up, and then I can fight for the belt coming up sometime this year?'

MH: Not at all, man. It is what it is. I'm a fighter. I would have taken the Alex fight, and they (UFC) gave a Kattar. I want to take care of whoever it is. I want to fight. I told you guys, I got that mentality that I'll fight somebody 100 times to prove to you that I'm the better guy. That's just the way I am, the way I'm built. That's the way I approach it. I didn't take it to heart with anything. I don't pick the fights. We don't really pick fights. The UFC knows how to deal with us because I ask who we are fighting, they send the contract, and I sign it. We send it back, and then we get ready for it.

DN: What would mean more to you on a personal level if you emerge victorious over Calvin Katter? Would it be the trilogy fight with Alex or a rematch with the winner of Dustin Poirier and Conor McGregor?