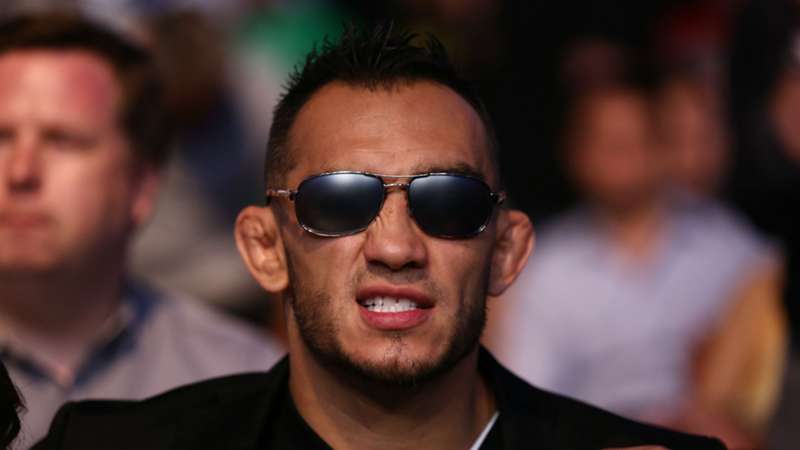 This marks the fifth time that Khabib Nurmagomedov vs. Tony Ferguson has failed to make it into the Octagon.

It's not the fight that people were yearning for, but UFC 249 on April 18 has a main event and full card, nonetheless.

On Monday, UFC president Dana White took to his Twitter account and confirmed that Tony Ferguson will face Justin Gaethje — and not Khabib Nurmagomedov — in the main event of UFC 249 for the interim lightweight title. The location has yet to be announced, although ESPN reported Sunday that the location is expected to be declared in the coming days.

The fight is signed and is 100% ON LIVE on ESPN somewhere on EARTH!!!! 😃@TonyFergusonXT vs @Justin_Gaethje is LIVE on @espn+ PPV April 18th for the interim lightweight belt! pic.twitter.com/aH44zg5K30

Later on Monday, White revealed the full card for UFC 249, which includes Rose Namajunas vs. Jessica Andrade and Francis Ngannou vs. Jairzinho Rozenstruik.

White told TMZ that he's working on securing a private island to keep staging UFC events after UFC 249 on April 18.

The confirmation of the new main card for UFC 249 means it's the fifth time that Khabib vs. Ferguson has failed to make it into the Octagon. This time, the coronavirus pandemic is to blame, as Nurmagomedov, the UFC's lightweight champion, is quarantining in his native Russia due to COVID-19 travel bans.

Nurmagomedov told ESPN on Thursday that he wanted to still make the Ferguson fight happen, demanding that White tell him the location of UFC 249.

“Right now, if they give me location and I can come out from Russia and I can go to any country,” Nurmagomedov told ESPN. “U.S., Abu Dhabi, doesn’t matter. I’m going to fight, 100 percent. Just give me location. Every day, I send (UFC president) Dana White a message. ‘Hey, where’s my location.’