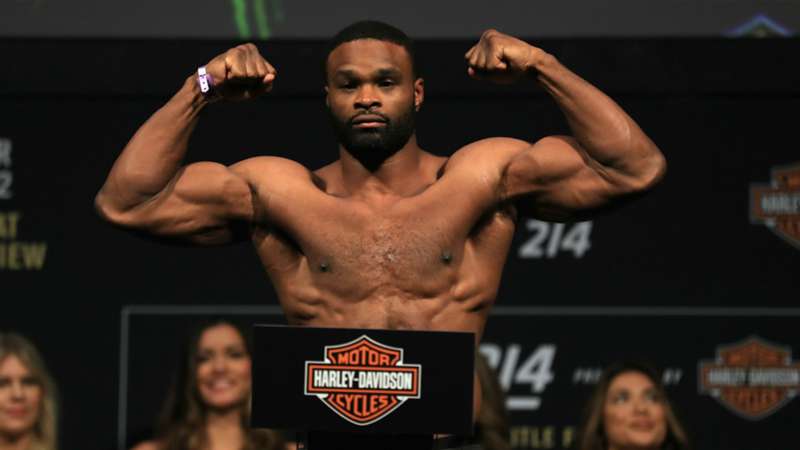 The UFC's next event might not have a location, but it does have a main event.

The UFC has secured a headliner for its May 30 event.

A long-rumored bout between former UFC welterweight champion and No. 1 ranked 170-pounder Tyron Woodley will square off with No. 6 ranked Gilbert Burns.

The event has yet to announce a location, although the UFC is targeting the promotion’s Apex facility in Las Vegas, with Arizona being an alternate location if the Nevada State Athletic Commission doesn’t approve the card because of the coronavirus pandemic.

This will serve as the first UFC event after the trio of shows in Jacksonville, Fla.

Woodley will be entering the Octagon for the first time since dropping the welterweight title to Kamaru Usman in March 2019. Prior to that, Woodley had amassed a winning streak of seven fights in a row.

Burns has been on a roll of late, winning his past five fights. He last fought at the UFC Brazilia card, which ended up taking place with no fans in attendance as the COVID-19 pandemic was raging. Burns needed only one round to stop Demian Maia and immediately campaigned for a top-five opponent.

Now he has one.

Although the UFC has not formally announced the main event, ESPN — which serves as the UFC’s broadcast partner — confirmed the fight while Burns announced it on his social media.